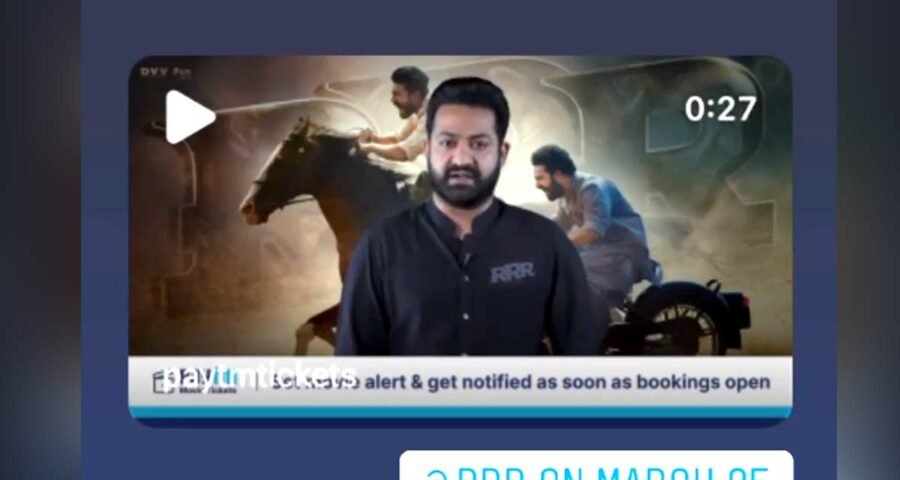 Earlier during the media interaction, the  producer DVV Danayya had disclosed that the budget ranges from Rs 350 to Rs 400 crore. It is indeed an insane amount for RRR, which is set in the pre-Independence era in the 1920s and is helmed by SS Rajamouli.  The upcoming much hyped drama RRR  starring Young Tiger Jr NTR and Mega power star Ram Charan, will mark SS Rajamouli’s first film after the huge success of the Baahubali series.  The movie RRR will hit the screens on 25th March 2022, worldwide.  Once again the team of RRR has started the promotional activities.  It is known that the makers of RRR have tied up with many brands for promotions and  Paytm is one of them.

Paytm, being an official ticketing partner of Jr NTR and Ram Charan starrer RRR, released a special promo  that features the lead actors.

Aravinda Sametha Veera  Raghava fame  Jr NTR shared the promotional video of RRR  on his Instagram Story.  Tarak has also shared a link that redirects to the page on Paytm.