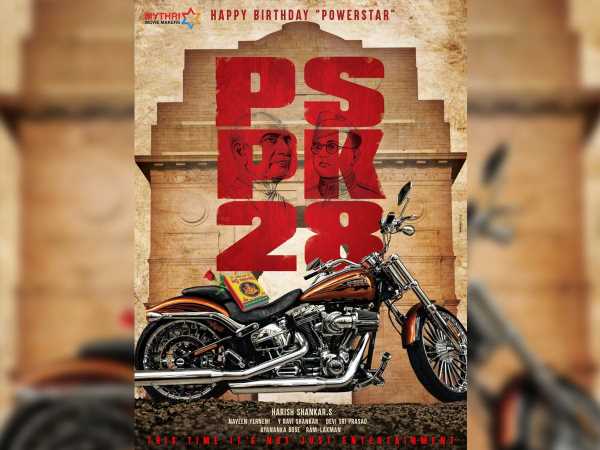 The actor turned politicianPawan Kalyan kissed me on my cheek made his comeback with courtroom drama Vakeel Saab, which was a decent hit at the box office. Currently Power Star has a number of projects in his kitty and one of them is #PSPK28 with Harish Shankar. In the past duo had collaborated for the action drama Gabbar Singh, which had Shruti Haasan as the leading lady. Last year on the occasion of Pawan Kalyan’ birthday, Harish Shankar officially announced this yet to be titled project and unveiled the concept poster.

Going by the poster, the movie felt like a political action entertainer. In the concept poster, we could see the popular encyclopedia Pedda Bala Siksha on a bike and freedom fighter Subhas Chandra Bose  and  the First Deputy PM of India – Sardar Vallabhai Patel in the background of India Gate.

The reports are also coming that # PSPK28 will begin with flashback scenes first and Vakeel Saab star will be seen in a never-before-seen look.  Gabbar Singh fame  Pawan Kalyan’ hairstylist Ram has already revealed that the actor’ look will be a treat for his fans.