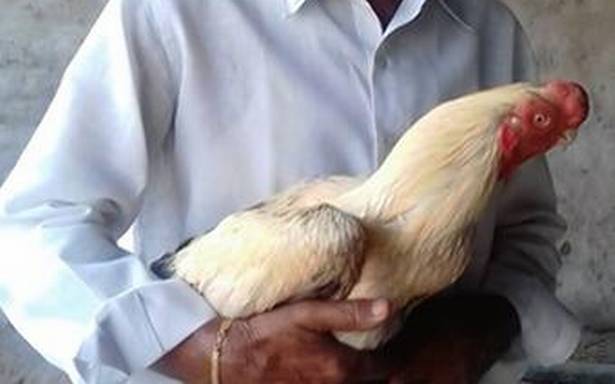 Rajanagaram village, adjacent to Wanaparthy town, is home to a 72-year-old farmer selling cocks and hens for up to ₹ 60,000 each, thanks to the special Tamil Nadu breed called Parla. What’s more, even their two-month-old chicks go for ₹5,000 to ₹6,000 each, and the eggs for not less than ₹1,000.

“The most wonderful thing about the breed is that passionate people buy these birds not to eat them but simply to breed them and sell them at a higher price later,” said Konda Gurunandan Reddy, who retired as secretary of the Atmakur Market Committee in 2006. Since then, he has been trading in Parla breed birds.

Asked if he knows anybody who eats chicken from this breed, the farmer laughed. “Who would eat something that expensive? Eating these birds is out of the question, as people buy them for breeding,” he said, adding that in the past two decades, he had never encountered a person who bought this breed to cook and eat. Parla cocks and hens, which are familiar in Tamil Nadu and Nellore district in neighbouring Andhra Pradesh, have a long tail and parrot-like short beak, in white or black colour. There, the price of each cock is anywhere between ₹1.5 lakh to ₹5 lakh, and it further depends on the size and “fitness” of the poultry birds, Mr. Reddy said.

Mr. Reddy, who was interested in sheep cultivation and poultry breeding since childhood, said that he only fed millets, including ragi, jawar, corn and wheat to the Parla birds. “Food is important for the fitness of these birds. The more fit they are, the more money we get. Further, the value depends on the interest of the breeder,” he said.

Soon after his retirement, Mr Reddy, purchased local sheep and mated them with family Nellore woollies, and managed to reproduce more than 1,000 lambs. “Since childhood, I was interested in sheep, poultry, and dairy business. I also had a dairy farm a few years ago, but due to shortage of manpower, I was forced to sell my buffaloes,” he said.