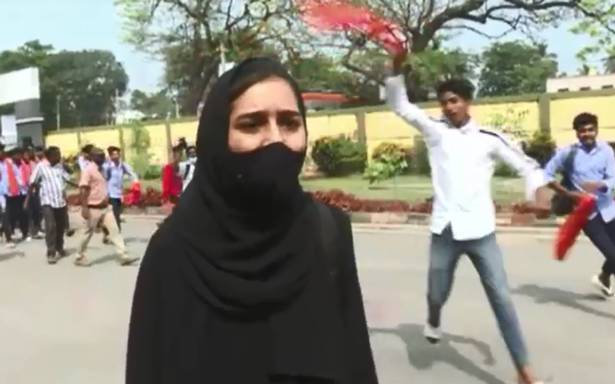 Expressing “extreme concern” over the ban on female students wearing a hijab (headscarf) in Karnataka, and what it called growing “Islamophobia” in India, Pakistan summoned the Indian Charge d’affaires Suresh Kumar to the Foreign Ministry on Wednesday.

According to a statement by the Pakistani MFA issued in Islamabad, Mr. Kumar was asked to convey that banning students from wearing headscarves was a “reprehensible act”. It added that the Indian government must ensure the “safety” of Muslim women in India, referringto the video of a student in a burkha, who was harassed by a group of men in her college in the town of Mandya.