After allegations of TMC workers barring the entry of his booth agent into polling booth no 176, Supriyo left his guest house at 7am and reached the site. 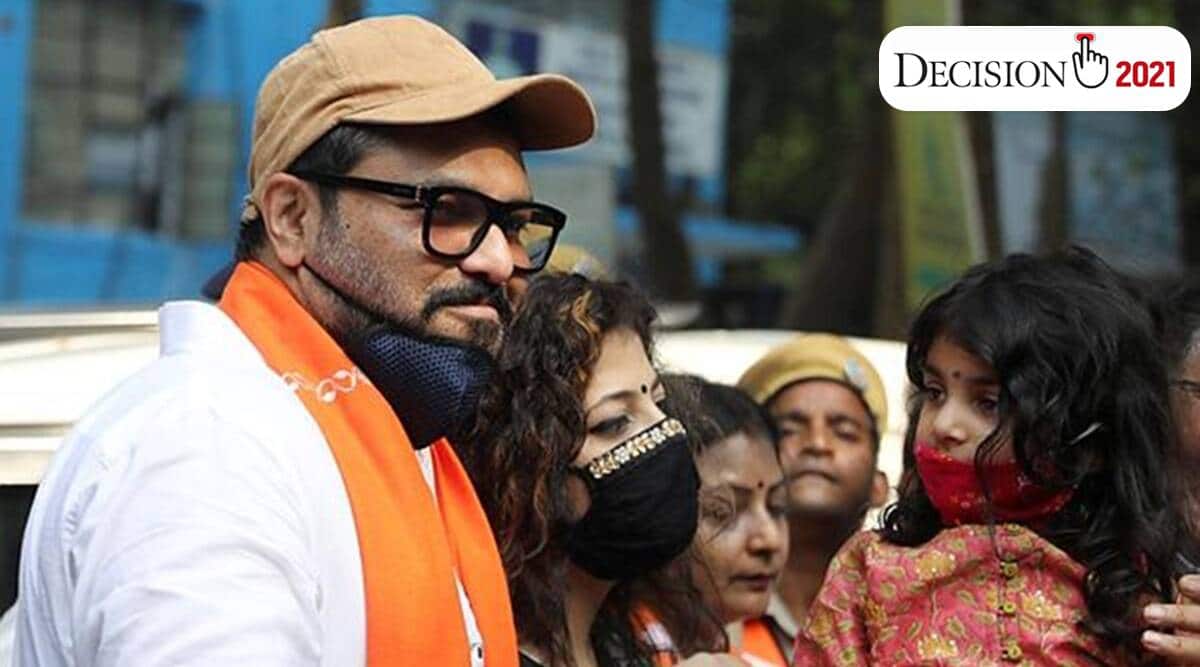 Union minister Babul Supriyo and Left Front leader Sujan Chakraborty were among several candidates who visited polling booths in their assembly constituencies to keep an eye on ballot rigging during the fourth phase of voting for 44 seats on Saturday. MP Supriyo is contesting from Tollyganj on a BJP ticket and Chakraborty from Jadavpur.

After allegations of TMC workers barring the entry of his booth agent into polling booth no 176, Supriyo left his guest house at 7am and reached the site. From there, he went to Brahmapur where he chased some “proxy voters” and caught one of them. He claimed that a young woman was carrying a voter ID card of a 66-year-old person named Ramjan Bibi. “This is TMC’s handiwork. They are trying to capture the booth or rig votes… Now, the people of West Bengal have understood their (TMC’s) tricks, and they will not successful to win the election. And I am confident to win it.”

BJP’s Jadavpur candidate Rinku Naskar alleged that TMC “goons” were threatening voters. “I have repeatedly complained to police to take necessary steps but they are not doing so,” she claimed.

However, TMC’s Debabrata Majumder denied all allegations. “These are all false allegations, and central forces are disturbing our agents and voters,” he said.

Meanwhile, BJP MP Locket Chatterjee and the party’s Behala Purba candidate Payal Sarkar on Saturday alleged that their vehicles were attacked during polling. Chatterjee alleged that her vehicle was vandalised in Hooghly district’s Chunchura area.