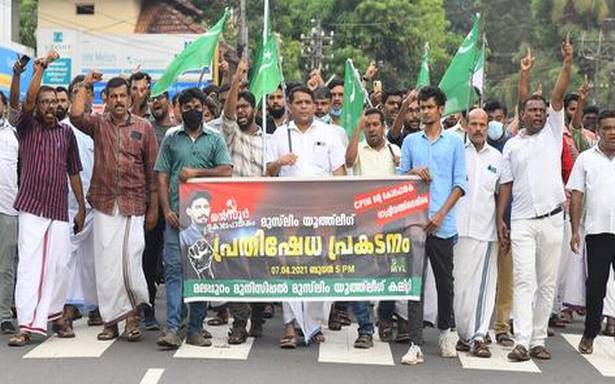 Vehicles of another accused in the case set on fire

Police arrested another activist of Communist Party of India (Marxist) on Tuesday, April 27, 2021, who was reportedly involved in making the bombs, which led to the death of Muslim Youth league activist Mansoor on April 6.

According to police, Prashob, a CPI (M) activist from Mundathode, made the bomb, which was used to spread terror on the day of the murder. Weapons were also recovered from the accused’s house.

Meanwhile, unidentified people set fire to the vehicles of local CPI (M) leader P.P. Jabir, who is the tenth accused and is absconding after the murder of Mansoor.

The midnight attack took place after the Indian Union Muslim League members in the region had protested against the delay in arresting Jabir.

In the attack, a car and two bikes parked in the shed behind the house were set on fire. The vehicles were completely destroyed.

The incident took place at Kannur Mukkilpeedika around in the wee hours on Tuesday.

The family members moved away to safety after they noticed the fire spreading in the shed, which is behind the house. Fire service personnel doused the flames later. The CPI (M) alleged that the vehicles were set on fire by League activists.

CPIM) district secretary M.V. Jayarajan, who visited the house, said that the Indian Union Muslim League activists were behind the attack. Those involved in burning the vehicle did with an intention to kill the family members, he alleged further.