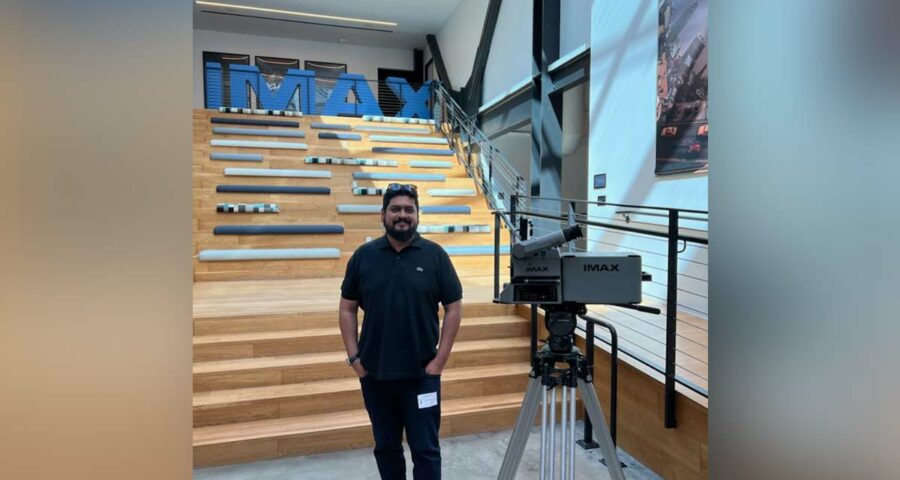 PAN India star Prabhas has number of movies in his kitty and one of the them is big budget drama Adipurush where he is essaying the role of Raghava. This is one of the most anticipated films in the country that will be hitting the screens on 12th January 2023

Now the director Om Raut took to his Twitter handle and posted a pic teasing Prabhas fans about an update from Adipurush. On Raut of Tanhaji fame wrote: One thing that I always wanted to do for all our #Adipurush fans. It’s almost time. Can’t wait for 12th January 2023. #Adipurush #IMAX #LosAngeles #3D

The sources confirmed that Adipruush will be  released in 3D amd IMAX format. Very soon we can get an official confirmation regarding this from the team. Adipurush is Om Raut’ take on Indian mythological epic Ramayana, which has been adapted for film and tv numerous times in India. However, the idea for the film was born when Om Raut attended a screening of Japanese filmmaker Yugo Sako’s anime version of the epic, “The Prince of Light,” which he watched at the Mumbai Film Festival in the early 2000s.

Bollywood actress Kriti Sanon is playing Janaki in Adipurudh which is bankrolled together by T-series and Retrophiles.