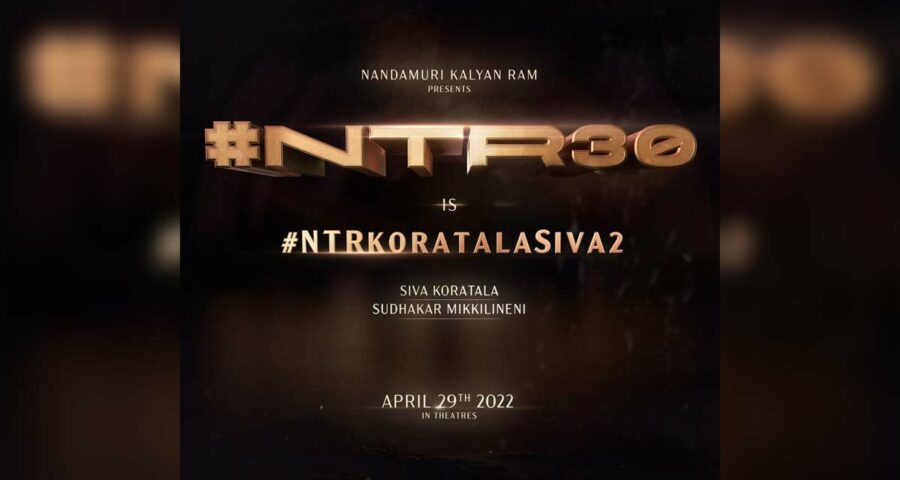 Yesterday evening,  the creative and talented film maker Koratala Siva made an official announcement regarding his next project with none other than young Tiger  Jr NTR. For a long time, the fans of Tarak were eagerly waiting for the update about #NTR30 but now it has been officially confirmed that  once again  Jr NTr and Koratala Siva will work together for a project which will be bankrolled by Yuvasudha Arts and NTR Arts.

The movie #NTR30  which  will be a pan-India film, is all set to go on floors by the end of June this year.  Tarak starrer is currently slated to hit the big screens on April 29 next year in multiple languages.   It is known news that in the past both Koratala and Tarak have worked together for social message oriented movie Janatha Garage.

Earlier there was also a buzz that Jr NTR will work with Trivikram Srinivas. While the speculations suggest that actor Rashmika Mandanna has been roped in to star opposite  Jr NTR and musician Anirudh Ravichander is on board to score the music, but the makers are yet to release official information about the cast and crew members.

On the other side, currently Jr NTR is working with SS Rajamouli for a film RRR, which will hit the theaters on 13th October.