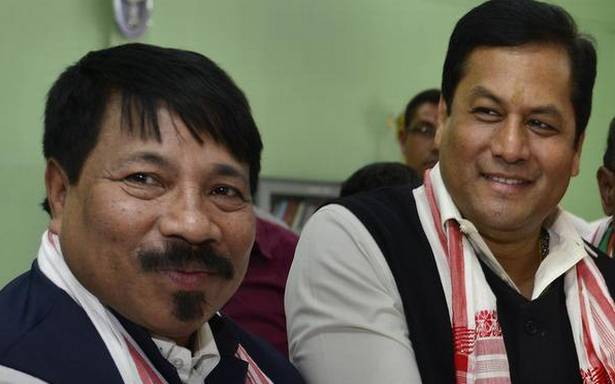 Aminul Haque Laskar, the only Muslim candidate fielded by BJP lost to AIUDF.

The treasury bench of the 126-member Assam Assembly will for the first time in at least 50 years have no Muslim representative.

The troika of the BJP, the Asom Gana Parishad (AGP) and the Bodoland People’s Front (BPF) had the lone Muslim face in Aminul Haque Laskar among their 86 elected representatives in 2016. The BJP dumped the BPF and befriended the United People’s Party Liberal for mandate 2021.

Mr. Laskar, who went on to become the Deputy Speaker in the 126-member Assembly, lost the Sonai seat in the Bengali-dominated Barak Valley to Karim Uddin Barbhuiya of the All India United Democratic Front (AIUDF) by a margin of 19,654 votes.

The AIUDF was the principal ally of the Congress in the 10-party ‘Mahajot’ or grand alliance that challenged the BJP and its allies this time but could win 50 seats. The BJP-plus won 75 while the jailed Akhil Gogoi, president of the newly-formed Raijor Dal, bagged the Sibsagar seat.

Religious polarisation of votes and the consolidation of Muslim votes in favour of the Congress-AIUDF are said to have been factors behind Mr. Laskar’s defeat.

The Opposition bench, on the other hand, will have 31 Muslim MLAs this time, the second-highest after the 33 who were elected in the controversial 1983 elections held during the peak of the Assam Agitation. The agitating organisations had boycotted the polls that year, with seven candidates declared winners unopposed and less than 20% of voters turning up in several constituencies.

Of the 31 Muslim victors of the Mahajot, 16 were fielded by the Congress and 15 by the AIUDF. The two parties won 29 and 16 seats, both improving upon their 2016 performance by three seats each.

“There has been a narrative in Assam that Muslims will some day take over most of the constituencies. Fact is, the most they can win is 35-36 seats if the constituencies remain as they are. Apart from 1983, the number of Muslim representatives in the Assembly has usually hovered around the 25 mark,” political scientist Prasant Rajguru said.

The narrative picked up steam after 27 Muslims were elected in 1978, which ‘nationalist’ groups found was alarmingly high compared to the 21 seats they won in 1972. It was one of the triggers of the Assam Agitation that began to associate “illegal immigrants” with “Bangladeshis” aka Muslims.