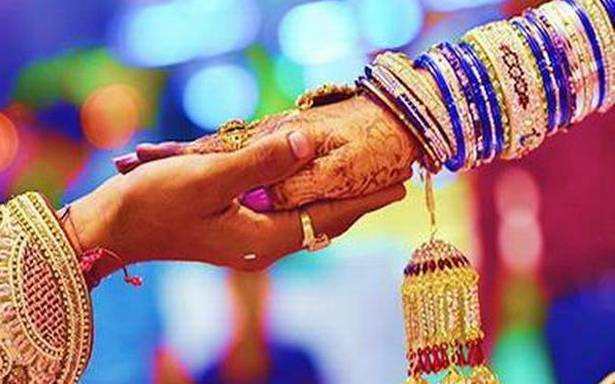 It would not be able to prevent child marriages and could create unwed mothers, it says

The Odisha State Commission for Protection of Child Rights (OSCPCR) has opposed the move to raise the legal age for marriage of girls to 21 saying it would not be effective in preventing child marriages and at the same time it could create unwed mothers as another Act permits consensual sex after 18.

In a letter addressed to Vinay P Sahasrabuddhe, Chairperson of the Committee on Education, Women, Children, Youth and Sports, OSCPCR Chairperson Sandhayabati Pradhan said, “The change of legislation in isolation will never be able to stop child marriages unless there is socio-behavioural change among the parents and the community.”

Ms. Pradhan said, “Factors like distress and poverty, patriarchal norms and practices, lack of opportunity for schooling, employment and the like are still contributing to a large extent to child marriages. There is also a need to strengthen families by providing appropriate livelihood opportunity.

She said, “The Juvenile Justice Care and Protection Act and the Integrated Child Protection Scheme have the scope to extend support to such vulnerable children only up to the age of 18. In such circumstances there will be no space to provide support to a child bride or groom in between the age of 19 to 21 if rescued from child marriage.

“The Protection of Children from Sexual Offences Act, 2012 has restricted consensual sex up to the age of 18. This implies that someone may have sexual act after 18 but won’t be able to marry till 21 which will create new sets of issues like increasing unwed mothers and foeticide thereafter.”

The OSCPCR said instead of raising the legal age of marriage of girls to 21, the minimum legal age for both boys and girls must be 18.

The Committee should consider recommending more accountability of the State towards building an enabling environment where the girls can dare to fulfil their desires which will build courage in them to say “no to child marriage”, Ms. Pradhan said.