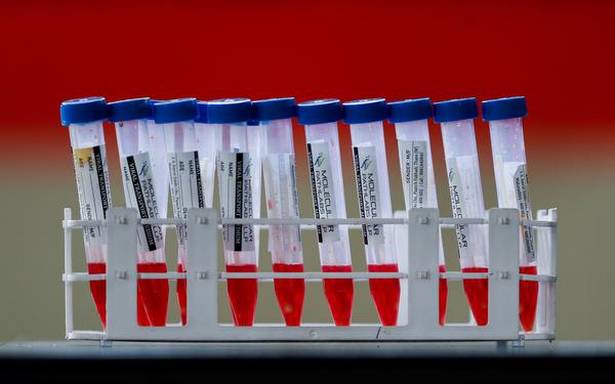 The reported breakthrough COVID-19 infections in India are well within the expected numbers taking into account the total infections and other factors, genome sequencing government consortium INSACOG has said in its recent bulletin while stressing that inoculation protects from severe illness.

The Indian SARS-CoV-2 Genomics Consortium (INSACOG) said Delta continues to be the dominant lineage in India and globally. When a person gets an infection even after being vaccinated against it, it is called a breakthrough case.

“The number of reported vaccination breakthroughs in India are well within the numbers expected from the total number of infections, the fraction of population that is vaccinated and the known reduction in the effectiveness of Covishield/Covaxin against infections by Delta.

“Vaccines continue to protect against severe disease and remain a cornerstone of public health strategy,” the bulletin dated August 30 said.

It said based on high stringency reclassification by INSACOG, the total number of Delta sub-lineages — Delta Plus AY.1 to AY.12 — in India are only 856 out of all samples analysed, which is much less than what is reported on some global websites. It said AY.12 that was first noted in Israel and currently driving infection in the country, which has inoculated 60% of its population, is not yet seen in India.

Similar sequences that are also being classified as AY.12 at low stringency do not have the same epidemiological significance, the INSACOG said. However, there was no word on the new variant of SARS-CoV-2, the virus which causes COVID-19, that has been detected in South Africa and many other countries globally which could be more transmissible and evade protection provided by vaccines.

Scientists from National Institute for Communicable Diseases (NICD) and the KwaZulu-Natal Research Innovation and Sequencing Platform (KRISP) in South Africa said the potential variant of interest, C.1.2, was first detected in the country in May this year.

C.1.2 has since been found in China, the Democratic Republic of the Congo, Mauritius, England, New Zealand, Portugal and Switzerland as of August 13, they said.

The INSACOG said there are no new VOC (Variant of Concern) or VUIs (Variant Under Investigation) added globally. Updated biological data suggest that Delta plus K417N (AY.1, AY.2) is antigenically similar to Delta with cross-neutralisation.

There is thus no significantly increased risk of immune escape by Delta+K417N in people with immunity to Delta, as per the updated biological data. “Vaccination breakthroughs with Delta continue to be highly frequent and the same is likely to be true for Delta sub-lineages,” it said with regards to infections globally.

The INSACOG said AY.4 variant is a major evolutionary branch of Delta, as would be expected with time and spread, and presently has no other known clinical significance. Since the new lineage-defining mutations are not presently of clinical significance, these should not be considered Delta plus which is, in any case, an inexact terminology best restricted to AY.1 and AY.2 variants at this time, it said.