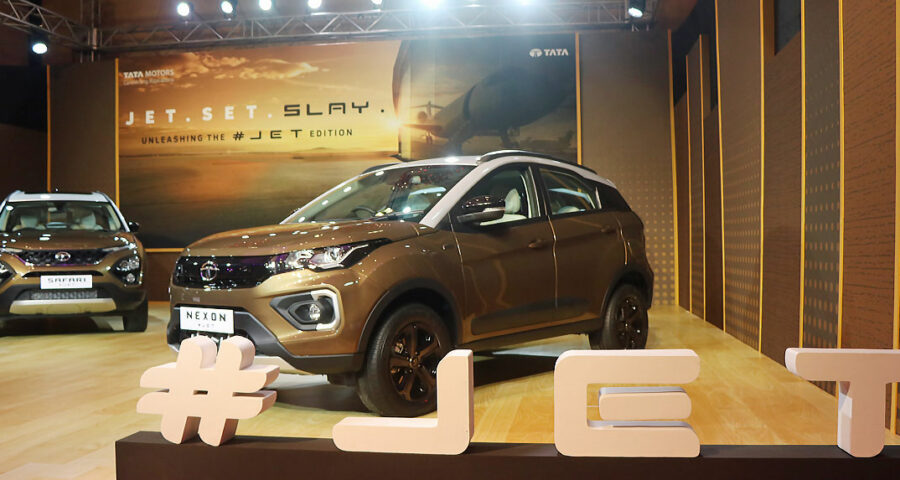 After the Dark edition followed by the Gold and Kaziranga editions, Tata Motors now introduces the Jet experience in select high-end models.

Now get set to be pampered in cars which gives you an airline’s business class feeling.

At least that’s what Tata Motors seems to be aiming at.

They are going all out to promote their current fleet of SUVs by giving them a completely new look, all over again!

First, it was the #Dark edition, then came the Gold edition and if the two were not enough the next to be introduced was the Kaziranga edition.

But now it seems like this too was not enough. Tata Motors has gone all out to boost sales by now giving us the #Jet Edition, which is inspired by the business class in aircraft.

The cars that get the #Jet tags are the top variants of Tata Nexon, Tata Nexon EV, everyone’s favourite, Tata Harrier and the All-New Tata Safari.

Just like the earlier editions, the one thing common that makes one recognise it at a glance is the colour theme.

This time, it’s an earthy bronze paint with a floating silver roof. 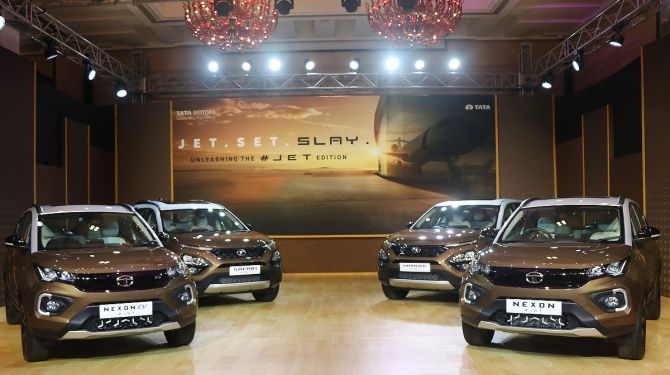 Look at the cars from the front and back, and you will not miss the silver skid plates under the bumpers.

The wheels too are diamond-cut alloys that have a black shade. These cars also get interior updates.

The interiors of all these cars also get the earthy bronze treatment and ivory leather upholstery.

The 6-seater Tata Safari’s captain seats get wings for the headrest, just like the ones you see in airplanes. See the video below to know all the details.

Based on the XZ+ and the XZA+ variants of these cars the price difference for the #Jet Edition model is about ₹33,000 more than the normal XZA+ and the XZ+ variant of the Tata Nexon, about ₹ 30,000 extra for the New Tata Safari and ₹50,000 more for the Tata Harrier.

And yes, these are the fully loaded variants of these cars.

Here is the complete pricing 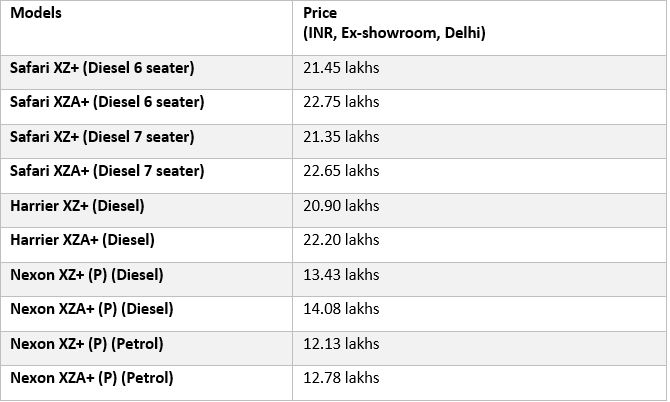 The new addition is that the Tata Harrier also gets rear disc brakes this time as well as an automatic parking brake instead of the huge airplane-type lever that was available before. Which turned out to be quite redundant and a waste of space. Perhaps that’s why the biggest price difference from the normal XZ+ variants is in the Harrier.

All this is surely old wine in a new bottle. But from the way Tata Motors’ sales of the new editions are going, seems like customers like these new avatars of these cars which have proved their mettle on Indian roads as safe cars to be in.

Now if only Tata Motors could somehow try to improve the infotainment system of these cars! I was hoping to see an upgrade in that area but that still remains the same laggy system.