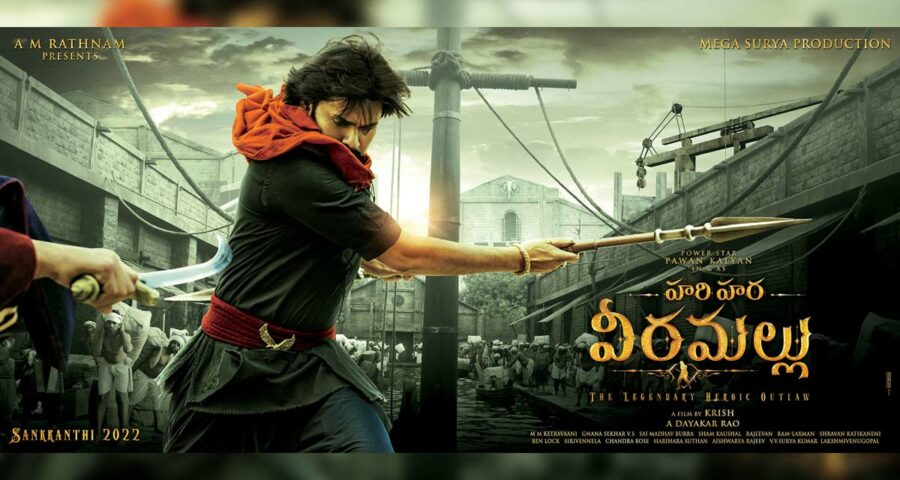 Pawan Kalyan is currently working for  17th-century historic entertainer titled Hara Hara Veera Mallu which has Niddhi Agerwal as the leading lady, under the direction of Krish of Gauthamiputra Satakarni and Kanche fame. AM Rathnam is producing the film in a lavish manner.

Now according to the latest buzz in the film industry, in Krish’ directorial venture Hara Hara Veera Mallu,  Pawan Kalyan will be seen in not one or two, but in three roles.  And Gabbar Singh star will be sporting 30 different, attractive and stylish dresses  in AM Rathnam’ production venture.

Bollywood actor Arjun Rampal is playing the role of the Mughal emperor Aurangazeb whereas Jacqueline Fernandez will be seen in the role of a princess.   The sources say that the makers have already completed 50 percent of the shoot and currently they are waiting for the right time to resume shooting.

Set in the Mughal era, the film Hara Hara Veera Mallu shows Pawan Kalyan as a king-turned-swashbuckling Robin Hood of sorts, who fights against British. Poojitha Ponnada will be seen shaking a leg with Pawan Kalyan in this film. She made her debut in Telugu film industry with the movie Darsakudu, which was released in 2027. She is known for playing the crucial role in Ram Charan and Samantha Akkineni starrer village based drama Rangasthalam.