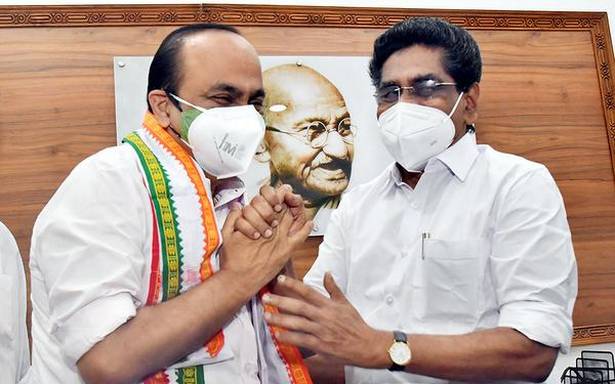 UDF to extend all support to Kerala govt. in its fight against COVID-19

The Congress-led United Democratic Front (UDF) would throw its weight behind the struggle against the rising tide of infections, swelling hospitalisations and worrying death rate, Mr. Satheesan said. The Opposition would support the administration’s attempt to curb the pandemic.

Political parties should cooperate for the common good. Mere politicking amid the raging pandemic would only prompt the public to view politicians with cynicism and contempt, Mr. Satheesan said.

The Opposition would point out gaps in the government’s pandemic response. The UDF would rally its supporters to bolster the community’s efforts to fight the pandemic, he added.

The UDF would not oppose the government blindly. Instead, the Opposition would scrutinise the government’s actions in minute detail and highlight anomalies, if any, he said, adding that it would serve as a corrective force. Mr. Satheesan held forth the concept of “creative opposition”.

A UDF insider said the Opposition was likely to entrust individual legislators with the close tracking of actions of respective departments. Its legal and political response to flawed policies, maladministration, instances of nepotism and fallacious actions would be immediate and robust.

The UDF would engage the government and the public in policy debates and flag official corruption, if any. The Opposition legislators would actively participate in various Assembly oversight committees and use the Right to Information (RTI) Act and other sources to mine for information relevant to the public, he said.

Meanwhile, Mr. Satheesan was also in consultation with UDF MLAs to outline a floor strategy for the 15th Legislative Assembly, which will be convening for its inaugural session on Monday.