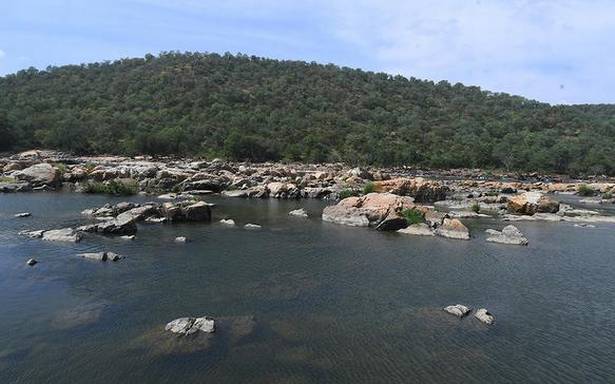 The Centre has given its assurance that Karnataka will not be allowed to carry out any construction on the Mekedatu dam project on the Cauvery river until its Detailed Project Report (DPR) is approved by the Cauvery Water Management Authority (CWMA), according to members of an all party delegation from Tamil Nadu who met Jal Shakti Minister Gajendra Singh Shekhawat on Friday.

In what seemed a rebuff to Karnataka’s ambitions, Mr. Shekhawat said all parties must adhere to the approvals procedure that has been clearly laid down for such projects.

“Water is an issue of engineers and science, but it has unnecessarily become an issue of politicians and sentiment,” he told The Hinduafter the meeting.

“The State [of Karnataka] submitted its pre-feasibility report first and having studied it,CWC [or Central Water Commission] granted permission for the development of DPR in 2018. It was a conditional permission and the number one condition was that the DPR will only be accepted and considered further if it comes with the approval of CWMA. All stakeholder States are members of CWMA,” he said, adding that the DPR was submitted online in 2020 and last discussed at the CWMA’s virtual meeting two months ago.

Karnataka and Telengana representatives urged that further discussions be held when the CWMAis able to meet in person, as it is a sensitive issue, added the Minister.

The 13-member Tamil Nadu delegation, which included representatives from the opposition AIADMK and the BJP’s State unit as well, was led by DMK leader and State Water Resources Minister S. Duraimurugan.

They handed over a memorandum which noted that “the implementation of Mekedatu project would affect the interests of Tamil Nadu’s farming community. It is an attempt toimpound the uncontrolled flows in violation of the Final Award delivered by the Cauvery Water Disputes Tribunal as affirmed by the Hon’ble Supreme Court.” They also submitted a copy of the resolutions adopted by an all party meeting chaired by TN Chief Minister M.K. Stalin on July 12.

“Mr. Shekhawat assured us that there is no possibility of Karnataka going forward on Mekedatu without CWMA approval. He said that is a non-negotiable prerequisite of the no-objection certificate given by the Centre,” said Mr.Duraimurugan. .

Congress representative A. Gopanna said delegates expressed their concern that CWMA has not had a full-time chairperson for the last three years. "It is taking money from us, but the Authority is still functioning with a temporary chair, so then how can decisions be taken?" he said. "What is significant is that all parties in Tamil Nadu have united on this issue for the first time and vowed to fight together for the farmers of the state," he said.

AIADMK leader and former Fisheries MinisterD. Jayakumar added that delegates vociferously questioned Mr. Shekhawat about his alleged statements in Bengaluru last week that Karnataka’s interests would be taken care of.

“He insisted that he had not given any such statements. He assured us that he would be impartial on this issue, and that the interests of all stakeholders would be considered,” said Mr. Jayakumar.

The Mekedatu project is meant to cater to the drinking water needs of Bengaluru and its environs and is estimated to cost ₹9,000 crore. It envisages a 67 tmc ft capacity dam just 4 km from the Tamil Naduborder as well as a 400 MW hydropower plant.