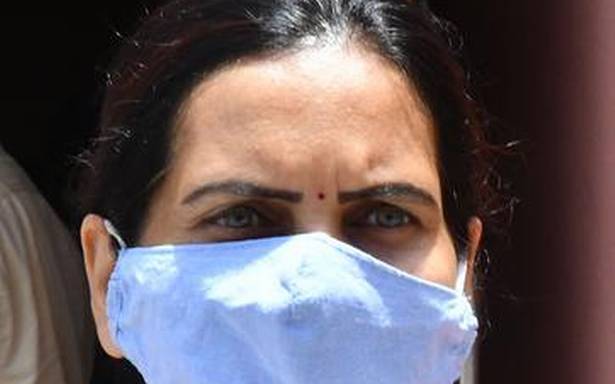 In reply to an un-starred question from two MPs, Bharati Pravin Pawar said the exams were scheduled for September, the number of centres have been increased to avoid crowding and all candidates would be provided with a protective safety gear kit

In reply to an un-starred question from Members of Parliament T. Sumathy and D. Ravikumar in the Lok Sabha on Friday, she said NEET PG was scheduled on September 11 and NEET UG on September 12.

The government had increased the number of examination centres across the country to avoid crowding and to cut down on travel by the candidates, she said.

Admit cards were being issued currently and they would bear a COVID-19 e-pass for facilitating easy movement of candidates. The exam centres would allow staggered entry and exit of candidates. The candidates’ temperature would be measured and if it is above normal they would take their examination in an isolation laboratory created for the purpose, the Minister said.

All candidates would have to wear a face mask and a protective safety gear kit, including face shield, face mask and hand sanitiser would be provided. Measures to control crowds outside the examination centre would also taken, Dr. Bharati said.

Mr. Ravikumar and Ms. Sumathy had sought to know whether the Union government had planned to suspend NEET and other entrance examinations due to the COVID-19 pandemic and the imminent danger of the third wave. The MPs wanted details and reasons for the same. They also wanted the details of the SoP on safety to be followed for teachers, staff and students.

The members asked whether the government had plans to introduce entrance exams for admission to arts and sciences courses and details thereof. Dr. Bharati said the domain of exams in respect of arts and science lay with the concerned universities and States.