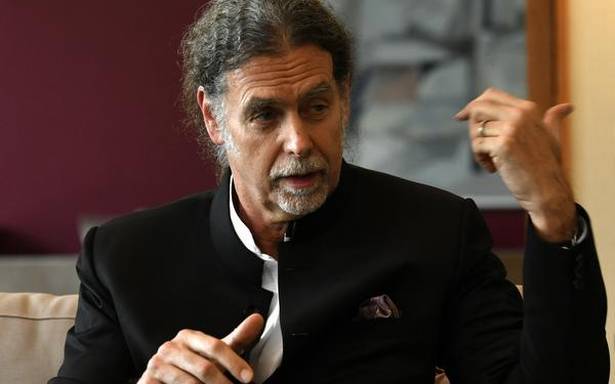 For the moment, we have to find a solution to this crisis, get people out of the emergency situation, says Walter J. Lindner

Germany is sending a massive oxygen plant on loan to Delhi on Thursday, capable of generating 4,00,000 litres of oxygen. The plant will service the DRDO-run Sardar Patel Covid Hospital, and will also help with refilling oxygen supplies for others. Speaking to The Hindu, German Ambassador Walter J. Lindner says calls for transparency in where all the foreign aid is going may be premature.

Germany has sent 120 ventilators to India, what else is expected?

Over Thursday and Friday, we will see a big oxygen plant come in on two A-400 transport airliners, which will then be set up here. They will be good for covering the oxygen needs for hundreds of people every day. So this is a big one. And it will remain here until it’s needed. Our government is also working on improving the cold chains for the vaccinations, together with UNICEF. There is a massive private effort, with German companies working with Indian companies in different cities, and we have cooperation of the European Union, the civil protection mechanism that is bringing equipment on military planes.

We have seen questions being asked in the U.S. and other countries about the need for more transparency from the government on the 300 tonnes of equipment and foreign aid that has flown in. Are you concerned about the fact that the aid is not visible on the ground yet?

I can understand the impatience, because I see the images as well. I also tell this to German television audiences — that this is a heart wrenching situation, you see that people are suffocating in front of hospitals. But you know, if you have international aid coming, there is always a kind of a time lag before you see results.

You have to get clearances, then you have to sometimes unpackage and then repackage the equipment for use. This does take a few days. I would say the officials we are dealing with in the Red Cross and MEA know that every hour counts, every hour can save lives.

How has the German Embassy itself been affected and have you received adequate help and access to healthcare from the government?

Well, we have about 150 people in the embassy at the moment and 30 people are dealing with COVID at present including Indians and German nationals, of which two people are in hospitals. It was difficult to get hospital beds, because we are not specially privileged, and I think that’s okay, because every life counts the same. In one case, we had to fly out a patient in an emergency flight, because there was a boy, he was just in such a bad condition.

You worked as the Crisis director in the German Foreign Ministry dealing with the Ebola crisis. How do you assess the government’s preparation for this kind of a second wave?

Well, I’m no one to assess government’s crisis management. We are here as foreign observers, not auditors. In many countries, where the numbers go down, people tend to get easy on the measures. In a country like India too we saw that, and all of us did that, diplomats and the journalists, the Opposition and the government. I personally think the image I saw in mass events be they political, religious, sporting event, the sense was that in India things were getting better.

Worldview With Suhasini Haidar | Why has India accepted foreign aid after 17 years?

The mutations maybe one of the reasons nobody expected this kind of wave. Later, we can draw out the lessons learned, what could have done better, and others in the world and WHO could have done, but for the moment, we have to find a solution to this crisis, get people out of the emergency situation.

How will India’s image be affected as a pharma and vaccine supplier? Recently, Chancellor Merkel suggested that the EU should not have depended completely on India for pharmaceuticals, given its inability at the present.

This quote by Chancellor Merkel was totally taken out of the context. Whoever knows the Chancellor knows that it’s not her thinking, she knows well India’s strengths in this field. What she referred to was the need for the European Union, in fact for every country in the world, to be a bit less dependent on single supply chains.

Where do you see the possibilities of India and Germany collaborating in the future, particularly when it comes to the vaccine initiative.

Indians are very important part of the so called COVAX initiative for distributing vaccines worldwide, paid for by a global fund. For the moment this has slowed, because Indian need the vaccinations for themselves, which is totally understandable. But soon we hope to see Indian manufacturers step up production and there will be discussions at the biannual virtual meeting between PM Narendra Modi and Chancellor Merkel at the end of this month, their last such meeting as she will soon step down. We also hope to see cooperation on cold chains and on research into the sequencing of the COVID virus.