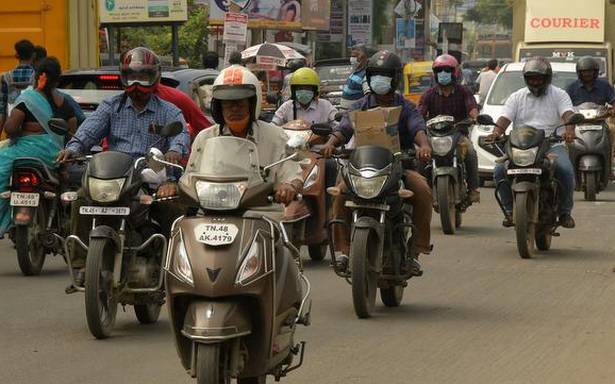 As the residents of various colonies on Vayalur Road continue to face nightmarish experience while driving vehicles due to frequent traffic snarls, the demand for building an elevated corridor between Puthur and Somarasampettai in the city has gained momentum.

Deteriorating condition of the five-km road connecting Vayalur with Puthur has caused annoyance to motorists and residents of various colonies along both sides. It was only a village road until late eighties, utilised mainly to transport agricultural produce and fertilizers by bullock carts.. Hundreds of acres of land situated on both sides of the roads were once paddy fields with well-connected system irrigation. Only a few buses bound for Thogamalai, Vayalur and Somarasampettai were operated on the route. As the stretch began to feel the impact of urbanisation, the road was strengthened with tar-topping. It was widened subsequently to accommodate the growing population and vehicles.

Now, sides of the road have several prominent residential colonies. Almost all agricultural fields from Puthur to Allithurai have been made as residential colonies. Moreover, a number of commercial complexes, hotels, grocery stores, hospitals, medical shops, tea and snack stalls, hardware showrooms, educational institutions and stationary shops have sprung up along the five km stretch. Hundreds of vehicles including buses, trucks, lorries, cards and two-wheelers ply on it. It becomes busy between 8 a.m. and 11 p.m. with thousands of commuters using the roads. It is a daily ordeal for residents to reach the main road from lanes. With traffic snarls becoming order of the day, quarrels among motorists vying for road space are a daily occurrence. Motorists complain they spend as much as 45 minutes to reach Somarasampettai from Puthur, which otherwise is just a five to 10-minute drive.

There is no scope for widening the road further. Building an elevated corridor or a lengthy flyover is the only alternative to solve the traffic crisis. Though the people are suffering for more than 10 to 15 years, a cross section of residents say successive governments did nothing to solve the issue. They say that the Highways Department, which plans to build at least three elevated corridors in the city, has ignored the stretch.

“If Tiruchi requires any road to be made as elevated corridor it undoubtedly should be Puthur-Somarasampettai stretch. It is unfortunate that the successive governments, elected representatives and officials concerned fail to take a note of it,” says J. Rabinder, a retired Chief Engineer of Public Works Department and a resident on Vayalur road.

He said that Bharathidasan Road from MGR roundabout to Head Post Office was relatively free of traffic chaos. The road was broad. However, the Highways had proposed to build an elevated corridor. It should have included Vayalur Road too in the list of elevated corridors.

“We cannot describe the sufferings that we undergo on day to day basis to drive vehicles on Vayalur Road. The officials concerned should take note of the sufferings of the people for at least two hours so as to understand the gravity of the situation. It is high time to form an elevated corridor,” says S. Boopathi, a retired Assistant Commissioner of Customs, a long-time resident of Seenivasa Nagar.