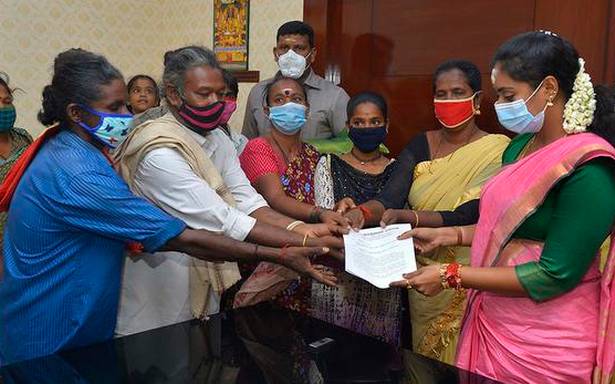 They submit memorandum to Minister

The Narikuravar Sangam on Wednesday submitted a memorandum to Adi Dravidar Welfare Minister Chandira Priyanga, seeking inclusion of the community in the list of the Scheduled Tribes (STs).

The memorandum stated that the community was at present classified as MBC, even though it had the cultural traits to be notified as a Scheduled Tribe.

It also stated that though members of the community were long-time residents of Puducherry, they faced several issues and delays in getting community certificates, and as a result, were being denied social justice.

The community was included in the ST list in States such as Karnataka and Andhra Pradesh, while the process was in its final stage in Tamil Nadu, the memorandum stated.

“We are aware that a survey is under way to revise the ST list to include the tribal population in Puducherry. At this juncture, we request that our community’s claim is examined and a recommendation is made for notifying it in the ST list in the report being prepared for submission to the Centre,” the memorandum added.