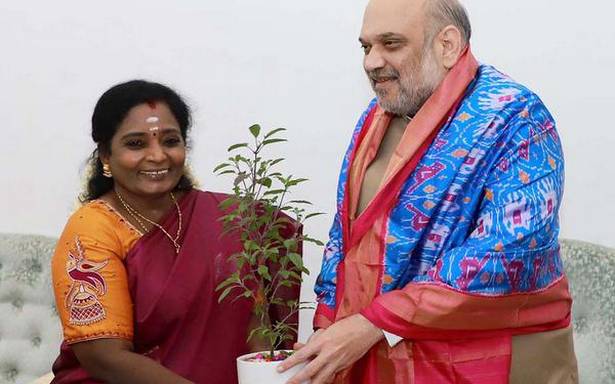 Tamilisai seeks support for the development of U.T.

A release from Raj Nivas said the Lt. Governor sought the support of the Union Home Minister for the development of Telangana and the Union Territory.

The Union Minister assured Ms. Soundararajan of all support for the development of Puducherry and Telangana.

She also handed over a sapling to the Home Minister, as part of a movement started by her to plant around 75,000 saplings to mark the 75th anniversary of India’s Independence.