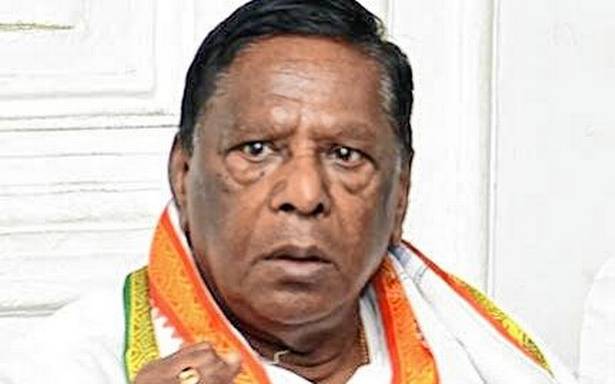 In a letter to the Minister, Mr. Narayanasamy referred to Jipmer’s decision of April 25 to temporarily suspend elective physical OPD visits as a transmission containment measure in view of the spate of coronavirus cases recently, and stated that the suspension would totally negate the regular medical treatment for the people of Puducherry, Tamil Nadu and the other adjoining States.

He pointed out that Jipmer was catering to the medical care of a large proportion of the south Indian population. People coming from various States get better medical treatment as outpatients and inpatients in Jipmer.

On the one side, the COVID-19 pandemic was creating a health crisis for the people of Puducherry and on the other, there was the closure of outpatient treatment. The denial of OPD services to more than 5,000 would jeopardise the health system in the region.

The COVID block was operating in Jipmer with 300 beds but the number of beds could be increased to 600 because of the fast increasing cases in the Union Territory.

Further, regular supply of medicine should also be ensured to Jipmer. The Jipmer administration has to co-operate with the Puducherry government for controlling COVID-19, Mr. Narayanasamy said.

He appealed to the Minister to intervene to sustain OPD operations and also increase the number of beds from 300 to 600 to provide medical care to people.