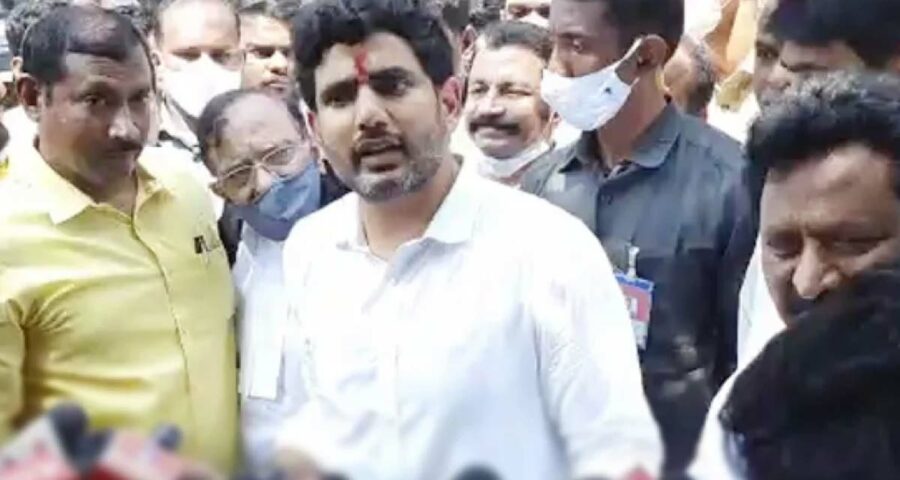 By disparaging an article that reads Government has spent 75 lakhs for his snacks at Visakhapatnam airport on Nara Lokesh‘s visit, the former minister Nara Lokesh has issued a legal notice to Sakshi. He claimed that he was not in Visakhapatnam on the respective dates presented in Sakshi and Sakshi added concord tariffs to his account and tried to get political gain out of it.

After referring to the legal notice issued by Lokesh, Sakshi responded but Nara Lokesh could not convince for that. As a result, he also approached court to file a petition on this illegal act.

When the case came to hearing, Lokesh has attended the 12th Additional magistrate court located in Vizag today and he is bidding 75 crore as an indemnity for deliberately denouncing him, by stating the issue solemnly without any compromise.

So, the case has been filed while in obstruction, taking no notice of Sakshi’s advertisement before 2019 which hurted TDP and Lokesh in the election.