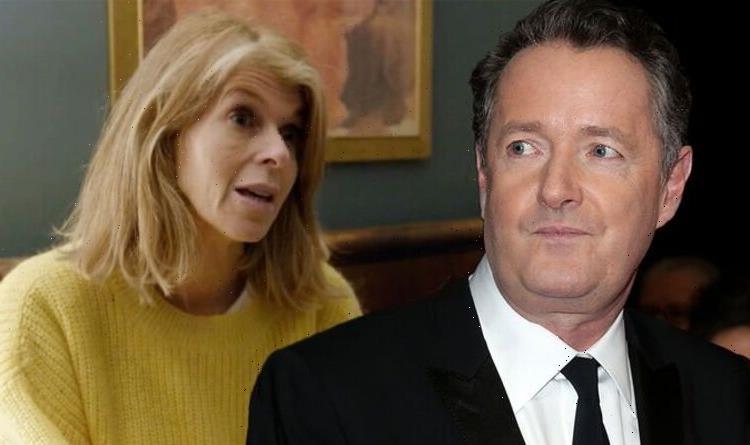 Kate Garraway released her new documentary Kate Garraway: Caring for Derek on Tuesday as a follow-up to Finding Derek, which aired last year. Her former GMB colleague Piers Morgan could be seen rallying behind her on Twitter yesterday.

Kate, 54, left viewers in tears once again as she gave them a startlingly honest glimpse into the realities of being a carer.

Her new documentary, Kate Garraway: Caring for Derek, provides insight into her family as they come to terms with their husband and father’s condition.

Derek, 54, caught Covid in March 2020 and was put into an induced coma by doctors, spending a total of 374 days in hospital.

Kate has kept the public up-to-date with Derek’s condition ever since he was struck down with the virus.

She won a National Television Award last year for Finding Derek, which documented her family’s struggles during her husband’s 13 months in hospital.

Derek, who did not return home for over a year, has since admitted that the debilitating nature of his continued illness has left him feeling suicidal at times.

Since then, he has received specialist treatment at a clinic in Monterrey, Mexico, with the hope that it could make a long-term difference to his condition.

Piers, 56, tweeted out a message of support in view of his 7.9 million followers yesterday.

“This was such unbelievably heart-rending television,” the journalist wrote.

“Keep battling, Kate – you and your remarkable family are a towering testament to the power of stoicism, courage & never-give-up spirit in the face of appalling adversity. Love you all.”

His tweet came in response to Kate, who shared a promotional poster of her new doc with her 489,700 followers.

“So proud of the work the doc team & @itv have done to help Derek & I shine a light on the challenges of #LongCovid & caring for a loved one,” she penned.

“I hope you find it helpful & do let me know what you think after watching tonight 9 pm & share your stories. #hope #TogetherWeCan”.

Kate’s film followed Derek as he returned home to live with Kate and their children Darcey and Billy.

One particularly moving scene came when Derek’s son was able to hug his father for the first time since his life-altering illness struck.

However, not everyone was impressed with the documentary, with some people feeling that a follow-up was not necessary.

In a since-deleted tweet, one person wrote: “I genuinely hope he makes as full a recovery as possible.

“Sadly I still can’t reconcile how Derek’s alleged inability to communicate ties in with him consenting to Kate parading him in front of the public. That’s never sat comfortably with me.”

Kate replied: “If you watch the doc tonight you will see xx,” to which the critic responded: “I don’t doubt that, but there are millions of carers who don’t enjoy the benefit of celebrity status and the attached support.

“Apart from a return to health for Derek, if this story results in better care provision for others then it’s a job well done.”

Kate Garraway: Caring for Derek is available to watch now on ITV Hub.