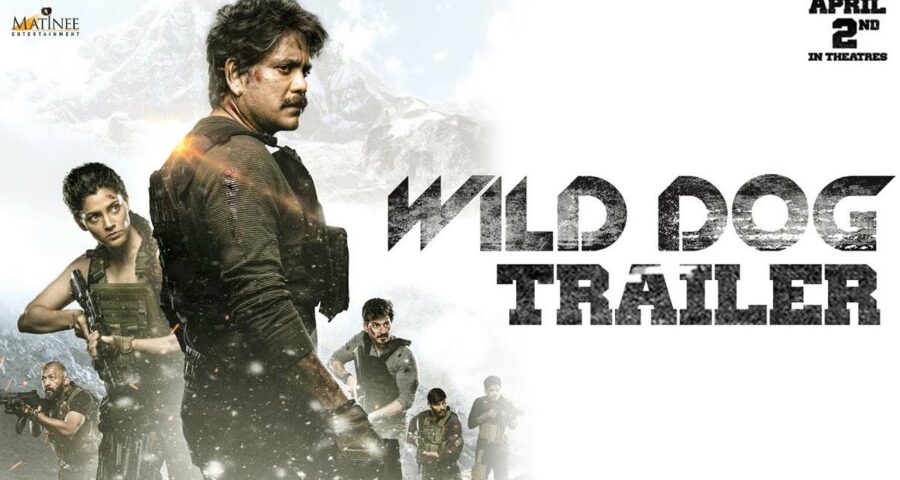 Wild Dog is an upcoming movie in which King Nagarjuna is playing the lead role and he is making his screen presence in the role of a NIA officer Vijay Varma who is known as encounter specialist.  Today evening Megastar Chiranjeevi launched the trailer of Nagarjuna’ Wild Dog.

The  trailer starts with a devastating bomb blast. Wild Dog is all about Nagarjuna and his team catching the main culprits behind Gokul Chat and other bomb blasts in Hyderabad and other places of the country. Packed with ferocious fights and breathtaking stunts, the trailer of Wild Dog sets the yardstick high for the action  thriller.

This is the first time King Nagarjuna is working with Solomon for an upcoming film, which  is slated to hit the theaters on 2nd April. While rumors were rife that the makers are planning for an OTT release,  but later they clarified that Wild Dog will be released in theatre. The action and investigative thriller drama is produced by K Anvesh Reddy  and  S Niranjan Reddy under the banner of Matinee Entertainment.

Kiran Kumar has penned the dialogues for Wild Dog, while Shaneil Deo is handling the cinematography. David Ismalone, the stunt director who worked in international movies, choreographed the action sequences for Wild Dog.