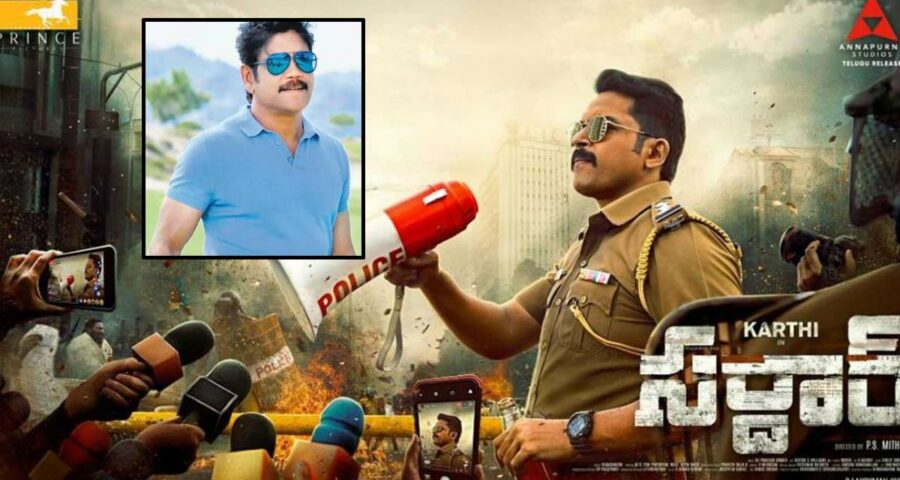 Popular Kollywood actor Karthi has an interesting lineup next, and he is currently shooting for  upcoming most awaited movie Sardar with director PS Mithran.  Sardar has made the headlines again.

As per the latest update, the Telugu rights of Karthi starrer Sardar have been grabbed by Akkineni Nagarjuna.  Nag will release the film through his Annapurna Studios in multiple areas of Telugu states. It is a cop drama and Karthi will be seen in a dual role as a young cop and an elderly prisoner. Rajisha Vijayan and Raashi Khanna are on the board to play the female lead, while Laila is playing a crucial role in the film, and she is set to start her second innings with a bang.

Sardar also has Chunky Pandey, Prince, Munish Kant,  and Murli Sharma in the important roles. George C Williams is the cinematographer, whereas Rubens is taking care of editing and GV Prakash is the music composer

Meanwhile, the film is announced to release this Diwali. Karthi is expected to clash with Ajith  Kumar at the box office as the former’s film with H Vinoth also aims for a Diwali release.

The talented actor Karthi will also be seen in Viruman and Ponniyin Selvan, both the movies releasing ahead of Sardar on 15th August  and 30th September respectively.