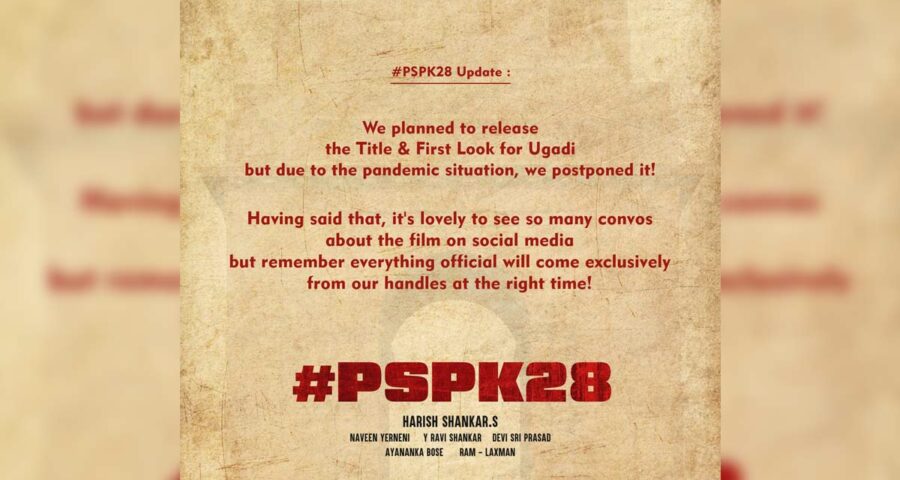 Power Star Pawan Kalyan is all set to work with Harish Shankar for a film #PSPK28, which will be bankrolled by  noted production house Mythri Movie Makers.  Yesterday a poster  that featured Pawan Kalyan  was widely shared by the movie lovers on the social media  and the people thought that was the look of Pawan Kalyan from #PSPK28.

Coming on the poster, Pawan Kalyan was seen sitting on a bike with a beard look. Pawan Fans thought that the poster featured  the real look of Pawan Kalyan which accidentally got leaked. Actually it was the poster of Satya dev from the movie ‘Thimmarusu’ which a die hard fan of Pawan Kalyan edited and shared it on a microblogging page.

Finally the production house Mythri Movie Makers shared a post on Twitter and bust this rumor by saying, “We planned to release the Title  and  First Look for Ugadi but due to  Coronavirus pandemic situation, we postponed it! Having said that, it is  lovely to see so many convos about the film on social media. But remember everything official will come from our handles at the right time!”

The talented film maker Harish Shankar gave Pawan Kalyan the biggest hit of his career in the form of action drama Gabbar Singh, which was released in 2012.