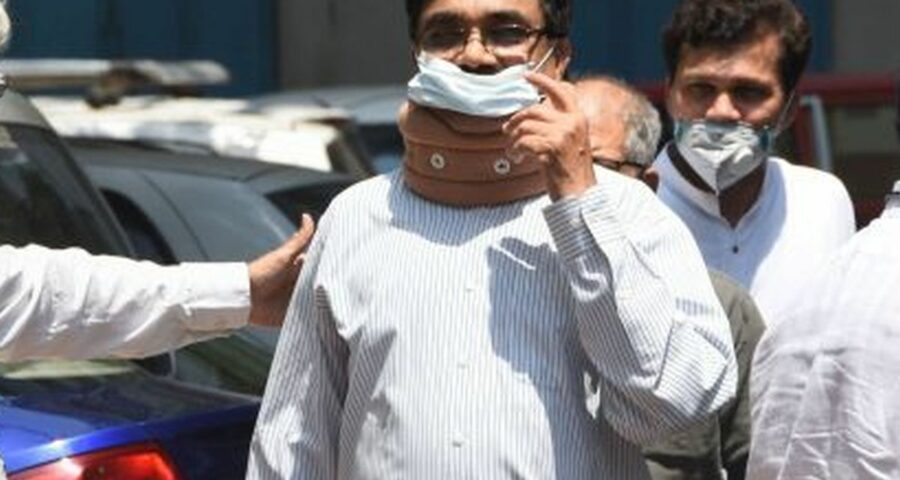 ‘We urge you to take remedial measures to address this blatant injustice pending withdrawal of the case against them,’ the MPs write.
Jyoti Punwani reports.

19 MPs have written to Prime Minister Narendra Modi demanding that the 13 Bhima Koregaon accused who continue to be in jail for the last three-and-a-half years be granted bail.

The MPs, from both Houses of Parliament, belong to the entire political spectrum, from the Congress to the Left parties to the DMK to the Muslim League.

The letter indicates that these MPs believe the writers, activists, lawyers, and academics have been framed in the case pertaining to the violence that broke out on January 1, 2018 around Bhima Koregaon, the site of the 204-year-old historic battle between the British and Peshwas.

The MPs have pointed to revelations in the media and through ‘internationally renowned’ cyber experts that Pegasus spyware was used on the phones of some of the accused.

Given the allegations about both surveillance and planting of evidence through such spyware, the MPs express concern about ‘what these cyber weapons mean for national security and fundamental rights’.

Given all this, say the MPs, the Bhima Koregaon accused should at least be granted bail. But the NIA, ‘under the directions of your government’, has continuously opposed bail, relying on the ‘overly broad provisions of the UAPA’, and also opposed the accused’s demand for a court-conducted inquiry into the use of cyber weapons against them.

‘We urge you to take remedial measures to address this blatant injustice pending withdrawal of the case against them,’ the MPs write.

According to the ‘Pegasus Project’, an international investigation into the use of the spyware, the Bhima Koregaon accused whose phones were either under surveillance or had evidence planted on them include Rona Wilson, Hany Babu, Anand Teltumde, Gautam Navlakha, Sudha Bhardwaj, Shoma Sen, Arun Ferreira, and Vernon Gonsalves.

The letter has been sent on the letterhead of Elamaram Kareem, leader of the CPI-M in the Rajya Sabha. Among the signatories are: Manoj Kumar Jha of the RJD, M K Raghavan and V K Sreekandan of the Congress, Binoy Viswam, K Somaprasad and A M Ariff of the CPI, M Shanmugam, N R Elango and M M Abdulla of the DMK, M V Shreyams Kumar of the Loktantrik Janata Dal, Bikashranjan Bhattacharya of the CPI-M, and Abdul Wahab and E T Mohammed Basheer of the Indian Union Muslim league.

The Bhima Koregaon accused were arrested in 2018 under the anti-terrorist law UAPA for their alleged role in the Elgar Parishad held on December 31, 2017.

They have been charged with having links with the banned Maoist Communist Party of India (Maoist), waging war against the nation, and creating caste conflict and hatred.

The eldest of them, 84-year-old Jesuit priest Father Stan Swamy, died while being treated in hospital last year.

82-year-old Telugu poet Professor Varavara Rao is on medical bail since a year.

60-year-old lawyer Sudha Bharadwaj is the only one out on regular bail.

The hearing for regular bail for the rest is to be heard on February 8.