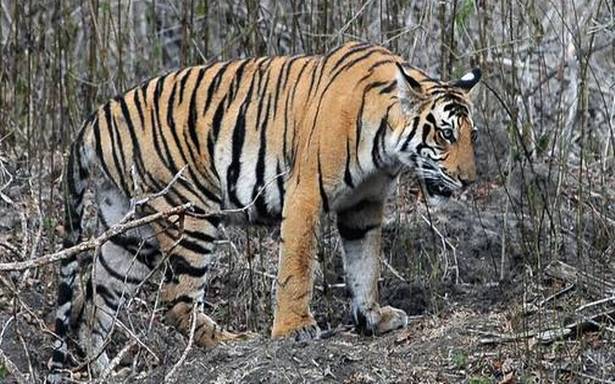 A tigress was found dead in Seoni forest associated with Van Vikas Nigam near Pench National Park on Tuesday, with officials stating that the death may have been caused in a territorial fight.

All body parts of the deceased big cat are intact, though its backbone was damaged, and this rules out poaching, an official said.

"The carcass of the tigress, around three years of age, was found in compartment 690 of Van Vikas Nigam’s Barghat Project Corporation. It had separated from its mother and was in the process of marking territory, which resulted in a fight with another tiger," Barghat Project divisional manager V.C. Meshram told PTI.

It said a dog squad had found pug marks of a tiger nearby, he said, adding that the carcass was disposed of as per norms in the presence of Chief Conservator of Forests Ashok Kumar Mishra.