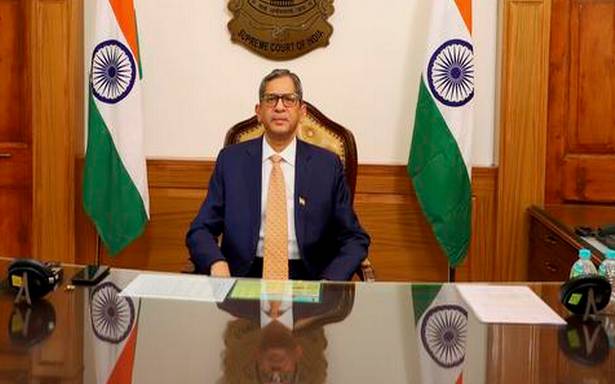 Within days of successfully getting nine new judges appointed to the Supreme Court in one go, the apex court Collegium led by Chief Justice of India N.V. Ramana has, in yet another first, recommended 68 names in one stroke for elevation as judges of various High Courts.

The number of “excess deaths” registered by the Civil Registration System (CRS) in Delhi ever since the COVID-19 pandemic hit (from April 2020 to June 2021) was an estimated 55,239, which is 2.2 times the official reported figure of 24,977 COVID-19 deaths for the same period.

External Affairs Minister S Jaishankar on Friday, September 3,2021, said that India and Croatia shared a lot of common positions on issues like the Indo-Pacific, situation in Afghanistan and the two countries’ resolve to fight terrorism in all its forms and manifestations.

Supreme Court says ‘no’ to Bengal plea on DGP appointment

The Supreme Court on Friday refused to entertain a West Bengal plea questioning the authority of the Union Public Service Commission (UPSC) to shortlist the names for Director Generals of Police (DGPs) based on a judgment of the court.

Restrictions on peoples movement and communication blackout continued in the Kashmir Valley on Friday after the death of separatist leader Syed Shah Geelani on Wednesday and his burial in the early hours of Thursday.

A local special trial court in Ahmedabad has concluded the trial against 77 persons accused of carrying out serial blasts in the city in 2008, which killed 56 persons and inured 200 others.

The Union Ministry of Electronics and Information Technology (MEITY) on Friday told the Madras High Court that it had “lawfully” notified the Information Technology (Intermediary Guidelines and Digital Media Ethics Code) Rules of 2021 to regulate publishers of news and current affairs on digital media and publishers of online curated content on Over the Top (OTT) platforms from publishing “unlawful” content.

India’s services sector expanded in August at the fastest pace in one-and-a-half years amid strong inflows of new work and improved demand conditions, a monthly survey showed on Friday.

England was bowled out for 290 in reply to India’s first innings 191, a lead of 99, on the second day of the fourth Test at the Oval on Friday. The visitors were 43 for no loss in their second essay at stumps, with Rohit Sharma (20) and K.L. Rahul (22) at the crease.

Anti-Taliban fighters in Afghanistan’s Panjshir Valley said on Friday they were battling to repulse “heavy” assaults, as the Islamists seek to capture the last holdout province defying their rule. Efforts to strike a peace deal between the two sides have failed, and the Taliban are keen to cap their lightning military offensive which saw them seize control of the rest of Afghanistan last month.