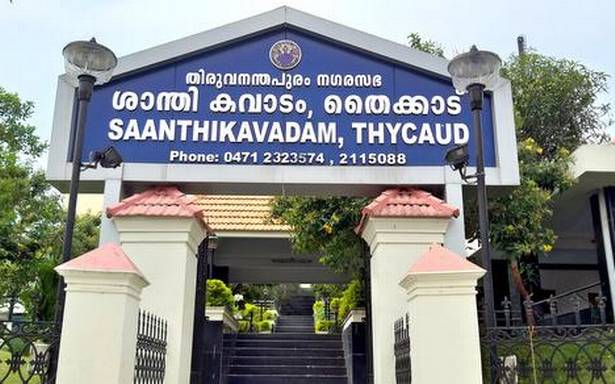 Unlike other cities in India which registered an excess of deaths during the first and second COVID-19 waves in the country, Kerala’s capital city Thiruvananthapuram recorded a decrease in overall deaths in 2020 and 1,196 “excess deaths” in 2021 (till May 2021), according to the Civil Registration System data accessed by The Hindu via Right to Information.

The Union Health Ministry has said that ownership of a mobile phone is not a prerequisite for COVID-19 vaccination and production of address proof for availing vaccination is not mandatory.

China is raising new militia units comprising local Tibetan youth for high-altitude warfare near Eastern Ladakh, the site of the recent border tensions along the Line of Actual Control (LAC), as well as near its borders with Sikkim and Bhutan, intelligence intercepts have revealed.

In a bid to speed up the process of delineation of the Assembly and Parliamentary constituencies in J&K, Deputy Election Commissioner Chandra Bushan Kumar held virtual meetings with 20 Deputy Commissioners (DCs) of the Union Territory on Wednesday.

A meeting of the parliamentary standing committee on science and technology on Wednesday to discuss “vaccine development for COVID-19” and “genetic sequencing of coronavirus and its variants” saw high drama with the BJP members objecting to deliberations on these subjects, claiming that any investigation into it could demoralise the scientific community.

The loss of smell and taste, which is among the most common symptoms associated with coronavirus infection, is writ large in the brain, says a study that scanned brain images from a group of volunteers to compare changes before and after COVID-19.

BJP got 76% of donations to parties by electoral trusts: ADR

Over 76% of donations made by electoral trusts that submitted their annual reports for 2019-2020 to the Election Commission and declared to have received funding went to the Bharatiya Janata Party (BJP), an Association for Democratic Reforms (ADR) report said on Wednesday.

The Delhi High Court on Wednesday sought to know if a movie titled ‘Nyay: The Justice’, based on the late Bollywood actor Sushant Singh Rajput’s life has been released on June 11.

A tenacious New Zealand lifted the inaugural World Test Championship title with a comfortable eight-wicket win over India on the sixth and final day of the marquee final in Southampton on June 24.