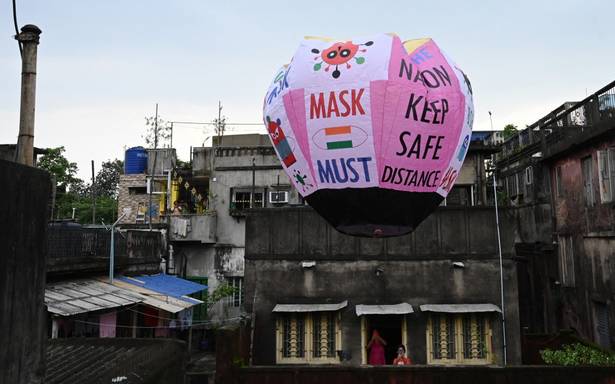 Coronavirus | Delta plus is a variant of concern, says government

The Centre on Tuesday termed the emerging Delta plus variant a ‘variant of concern’ just hours after Health Secretary Rajesh Bhushan and chairman, National Empowered Group on Vaccination V.K. Paul said it was only a ‘variant of interest (VoI)’.

The Rashtra Manch meeting hosted by Nationalist Congress Party chief Sharad Pawar in the Capital on Tuesday turned out to be a damp squib with a majority of the opposition parties giving it a miss and many of them sending in second line leaders.

Amid speculation of differences within the BJP in Uttar Pradesh over the question of leadership ahead of the 2022 Assembly polls, Chief Minister Yogi Adityanath on Tuesday called upon his Deputy CM Keshav Prasad Maurya over lunch.

A parliamentary panel on Tuesday asked the Ministry of Women and Child Development to conduct a survey on the impact of the pandemic on anganwadi services and malnutrition levels among children.

Coronavirus | Over 50 lakh jabs given in a single day again

When 19-year old Pranavi Jamwal got admission last year into one of the world’s top ten political science programmes at Australia’s top university which has produced Nobel Laureates and Prime Ministers, she was thrilled.

Kabul-Taliban talks have not resulted in any reduction in violence: Jaishankar

Talks between the Afghanistan government and the Taliban have not resulted in any reduction in violence, said External Affairs Minister S. Jaishankar, pointing out that reports from the U.N. Assistance Mission in Afghanistan (UNAMA) showed a major increase in violence despite the talks and a U.S.-Taliban agreement last year.

The U.S. Ambassador to the United Nations Linda Thomas-Greenfield told the Taliban that there is no “military solution” in Afghanistan, as American troops approach a September 11 deadline for complete withdrawal from the country after two decades there. Afghanistan has seen an increasing level of violence in recent months, as the Taliban makes territorial gains.

The Mumbai Police has named Arnab Goswami, the editor-in-chief of Republic TV and owner of ARG Outlier Media, as an accused in the Television Ratings Points manipulation case.

A Rubber Board research farm on the outskirts of Guwahati now sports the world’s first genetically modified (GM) rubber plant tailored for the climatic conditions in the Northeast.

India was 64 for two in 30 overs in its second innings at stumps on the fifth day of the World Test Championship final against New Zealand here on Tuesday.