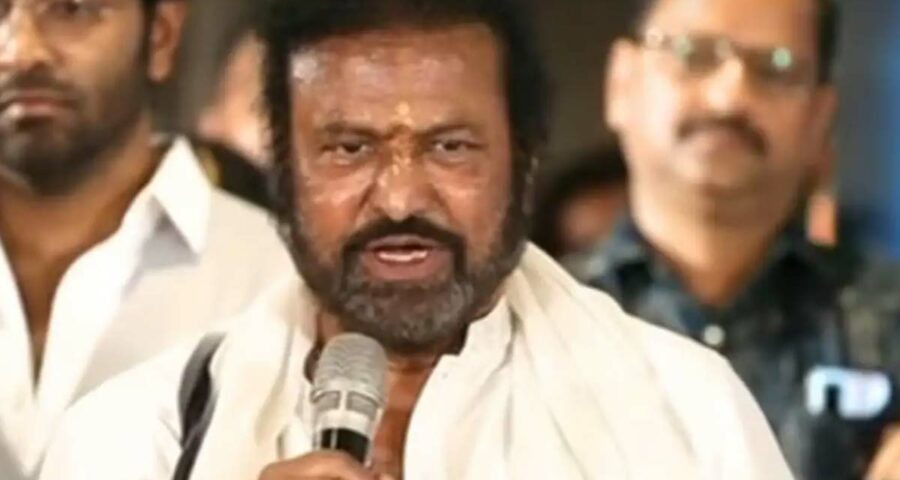 Manchu Vishnu, the son of Mohan Babu, who won the Movies Artistes Association (MAA) elections last week,  took oath as the president of MAA today in the presence of his father Mohan Babu and his panel members.  Talasani Srinivas Yadav, the minister for cinematography in the Telangana state graced the oath ceremony as the chief guest.

It is known that Manchu Vishnu defeated veteran actor Prakash Raj to win the presidency. Prakash Raj, after losing the MAA elections, resigned from the MAA membership and later his panel members who won also quit their posts. On the otherside,   Manchu Vishnu urged Prakash and his winning panel members to not quit and work together for the future of MAA.

Mohan Babu  started  his speech by remembering the seniors in the film industry and thanked the members of the association for electing Manchu Vishnu as the president of the MAA.  Mohan Babu, the father of Manchu Vishnu revealed that  Malayalam star Mohanlal and  Kollywood superstar Rajinikanth sent their best wishes to my son Manchu Vishnu.”

He also added, “As a part of respecting elders, our foremost step is to meet Telangana Chief Minister KCR.” According to Mohan Babu, he and his son will soon meet  Andhra Pradesh Chief Minister YS Jagan Mohan Reddy.