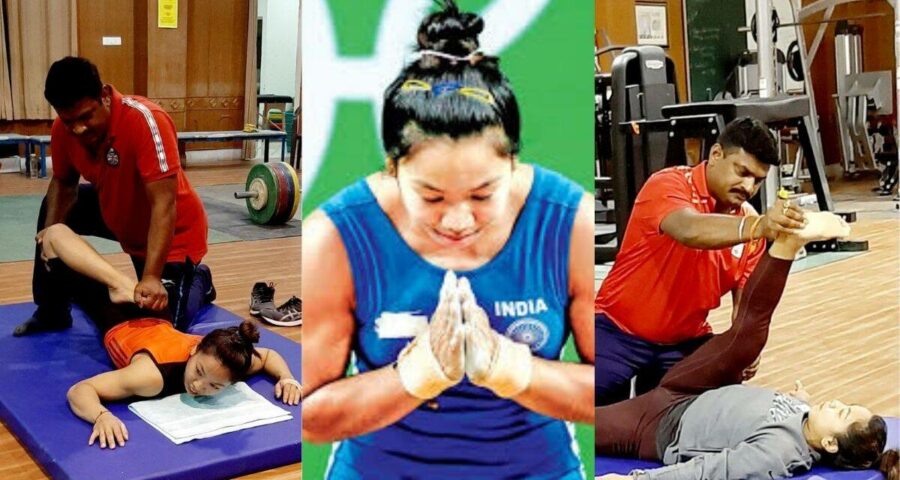 Beyond the backroom staff: unseen totems of support for athletes, whose contribution gets missed even in back-stories. For KV Koteswararao, 41, Mirabai Chanu is Celli, sister in Telugu. For India’s brightest medal hope at Olympics, Koteswararao is the ever-reliable Man Friday, who has been with her at the National Institute of Sports, Patiala, for the last four years. He is her masseur, cook and someone who regularly accompanies her to the Kali Ma temple.

For Team Mirabai, D-Day is the Day 1 of the Olympics. Koteswararao says he will be praying that India gets its first medal of Tokyo 2020 from the weightlifting arena.

With Covid-19 protocol limiting the number of support staff accompanying elite athletes abroad, Mirabai, while training in the US during the Tokyo Games countdown, missed her Anna. You sense a hint of pride in his voice when Koteswararao says, “Imagine, she would call from America and tell me ‘Anna, you get such fresh salmon here. I wish you were here to cook it for me’.”

The man from Andhra, a region known for its fiery cuisine that makes the forehead sweat, took some time to master the salmon preparation that suits the taste and diet chart of the Manipur weightlifter. When the national chief weightlifting coach Vijay Sharma asked Koteswararao to be Mirabai’s personal masseur and cook in 2017, the multi-talented one-time weightlifter whipped up two specials – Andhra-style biryani and Chicken lollipops. Within days, he knew he would have to tweak his recipes and figure out how to make searing pork. “I remember initially I prepared chicken that was spicy Andhra style and Mirabai would tell me it was too hot. With time, I learnt to go easy on spices and even salt. She likes south Indian style mutton and chicken but she often tells me that she will take me to Manipur one day to have the best pork,” says Koteswararao.

The cook would also take time to get used to the portions of meals that the calorie-conscious 49-kg weightlifter would have. “She eats 150 grams of each dish in her meal. She needs protein in the form of pork, prawns or salmon, I need to ensure they are tender,” shares Koteswararao.

At one point in life, the masseur-cum-cook had dreamt of making it big as a weightlifter. His father was a fitter in Southern Railways and his brothers were gym regulars. Following in their footsteps, the boy from Vijayawada won the gold at junior nationals in 2000 and two years later he got a bronze at the senior championship. With not much support from authorities, the weightlifters from that era had a few perks. Forget cooks and masseurs, they didn’t even have coaches to consult.

“During my whole career, I would ask friends about massaging techniques as I could not afford a masseur or personal trainer. I also cooked my own food and maintained a diet plan. I could not do a diploma at NIS as I was competing till 2017 and had crossed the age limit in 2018,” he says.