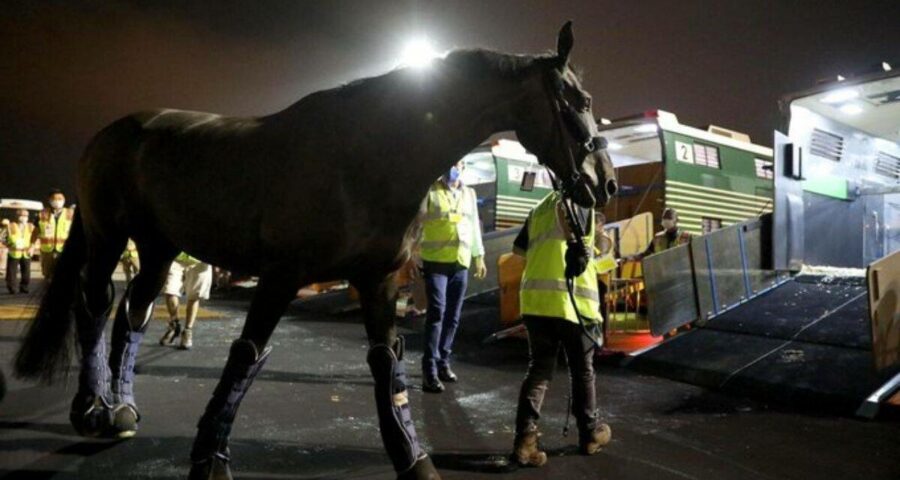 Struggling businesses forced to temporarily shut down around Olympics venues. Olympic visitors ordered to install invasive apps and allow GPS tracking. Minders staking out hotels to keep participants from coming into contact with ordinary Japanese or visiting restaurants to sample the sushi.

Japan’s massive security apparatus has raised complaints that the nation, during the weeks of the Games, will look more like authoritarian North Korea or China than one of the world’s most powerful, vibrant democracies.

The worry for many here, however, isn’t too much Big Brother. It’s that all the increased precautions won’t be nearly enough to stop the estimated 85,000 athletes, officials, journalists and other workers coming into Japan from introducing fast-spreading coronavirus variants to a largely unvaccinated population already struggling with mounting cases.

“It’s all based on the honor system, and it’s causing concern that media people and other participants may go out of their hotels to eat in Ginza,” Takeshi Saiki, an opposition lawmaker, said of what he called Japan’s lax border controls. So far, the majority of Olympic athletes and other participants have been exempted from typical quarantine requirements. 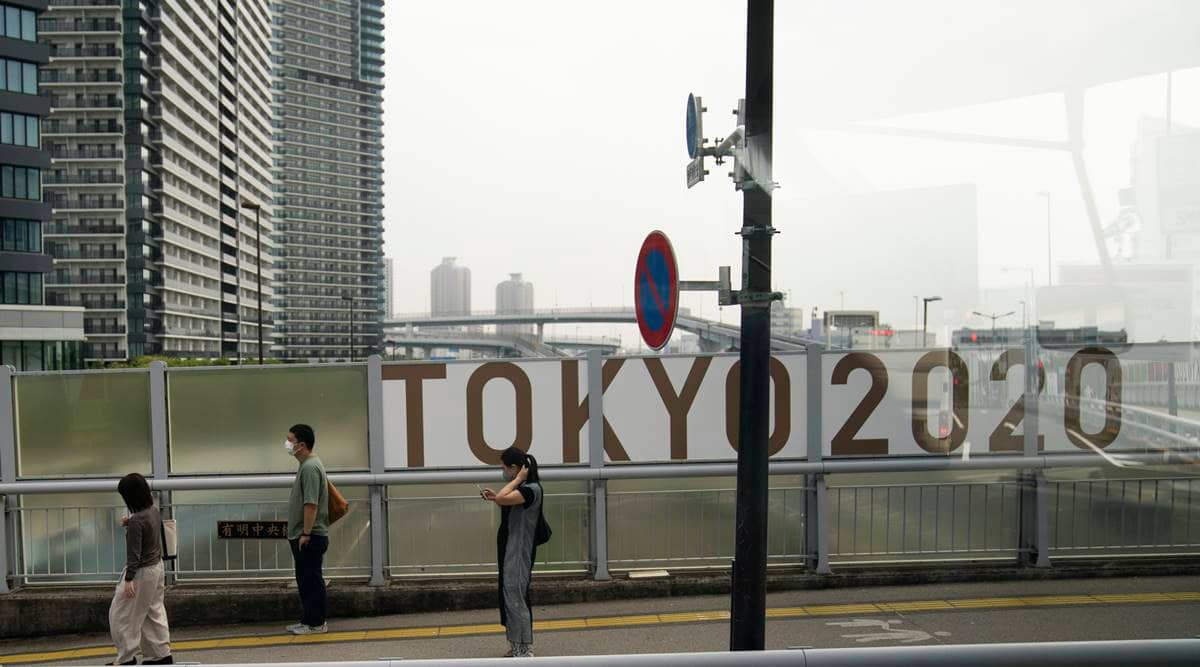 There have been regular breakdowns in security as the sheer enormity of trying to police so many visitors becomes clearer, and the opening ceremony looms. The Japanese press is filled with reports of Olympic-related people testing positive for the coronavirus. Photos and social media posts show foreigners linked to the Games breaking mask rules and drinking in public, smoking in airports, even, if the bios are accurate, posting on dating apps.

“There are big holes in the bubbles,” said Ayaka Shiomura, another opposition lawmaker, speaking of the so-called ‘bubbles’ that are supposed to separate the Olympics’ participants from the rest of the country.

The pandemic has tested democracies around the world as they try to strike a balance between the need to protect basic rights and the national imperative to control a disease that thrives when people gather in large numbers.

Few places, however, have faced higher stakes than Tokyo will during July and August or closer global scrutiny. The government, well aware of repeated domestic surveys that show strong opposition to the Games, argues that its security and monitoring measures are crucial as it tries to pull off an Olympics during a once-in-a-century pandemic.


But as the restrictions are tested by increasing numbers of visitors, officials have been blamed for doing too much, and too little.

The government and the Games’ organizers “are treating visitors as if they are potential criminals,” Chizuko Ueno, a professor emeritus of sociology at the University of Tokyo, said on YouTube.

There’s also lingering resentment over a widespread sentiment that Japan is facing this balancing act because the International Olympic Committee needs to have the Games happen, regardless of the state of the virus, to get the billions of dollars in media revenue critical to its survival.

“The Olympics are held as an IOC business. Not only the Japanese people, but others around the world, were turned off by the Olympics after all of us saw the true nature of the Olympics and the IOC through the pandemic,” mountaineer Ken Noguchi told the online edition of the Nikkan Gendai newspaper.

Senior sports editors at major international media companies, meanwhile, have asked organisers to “reconsider some measures that go beyond what is necessary to keep participants and residents safe,” saying they show a disregard for the personal privacy and technological security of our colleagues.”

Japan has fared better during the pandemic than many nations, but the Olympians will be arriving only a few months after a coronavirus spike had some Japanese hospitals nearing collapse as ICUs filled with the sick. While the surge has tempered, cases are rising enough for the declaration of yet another state of emergency in Tokyo.

One of the highest-profile security problems came last month when a Ugandan team member arriving in Japan tested positive for what turned out to be the more contagious delta variant. He was quarantined at the airport, but the rest of the nine-person team was allowed to travel more than 500 kilometers (300 miles) on a chartered bus to their pre-Olympics camp, where a second Ugandan tested positive, forcing the team and seven city officials and drivers who had close contact with them to self-isolate.

So what are the restrictions that Olympic-linked visitors face? For the first 14 days in Japan, Olympic visitors outside the athletes’ village are banned from using public transportation and from going to bars, tourist spots and most restaurants. They cannot even take a walk, or visit anywhere, in fact, that’s not specifically mentioned in activity plans submitted in advance. There are some exceptions authorized by organizers: specifically designated convenience stores, takeaway places and, in rare cases, some restaurants that have private rooms.

Athletes, tested daily for the coronavirus, will be isolated in the athletes’ village and are expected to stay there, or in similarly locked-down bubbles at venues or training sites. Those who break the rules could be sent home or receive fines and lose the right to participate in the Games.

Everyone associated with the Olympics will be asked to install two apps when entering Japan. One is an immigration and health reporting app, and the other is a contact tracing app that uses Bluetooth. They will also have to consent to allowing organizers to use GPS to monitor their movements and contacts through their smartphones if there’s an infection or violation of rules.