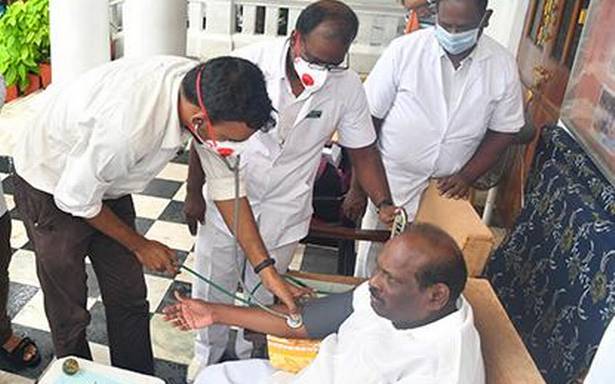 Social Welfare Minister M. Kandasamy on Tuesday continued with his day-night agitation on the portico of the Legislative Assembly, seeking an audience with the Lt. Governor to discuss issues pertaining to his Ministry.

Mr. Kandasamy told reporters that he was yet to receive any communication from the Chief Secretariat or Raj Nivas. There should be some concrete action on the issues he had raised in a letter to the Lt. Governor on January 9. Without addressing those issues, the agitation would not end, he said.

The Chief Minister had made an appeal to the Minister to withdraw the agitation as he had taken up the issues with the Chief Secretary.

On Tuesday, doctors from the Government General Hospital visited the venue and examined the Minister to check his general health parameters.