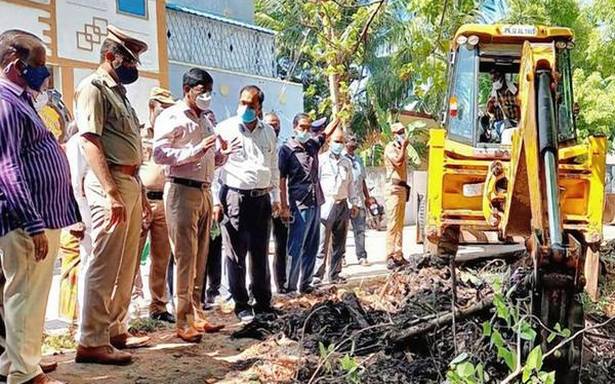 The district administration on Monday inaugurated the mass cleaning of canals and stormwater drains in Villupuram ahead of the monsoon. Collector D. Mohan launched the drive at EB colony, K.K. Road and Tiruchi Road.

According to a release, the cleaning camp will be held from September 20 to 25 in rural and urban areas by the respective local bodies.

Priority would be given to clearing up all stormwater drains and canals to ease the flow of water and prevent flooding.

The entire Villupuram Municipality would be divided into seven zones for the campaign.

The Collector directed officials to prevent encroachments in drains and waterbodies, and take precautionary measures at low-lying areas. Mosquito breeding sources should be eliminated to ward off the threat of vector-borne diseases during the monsoon, he said.