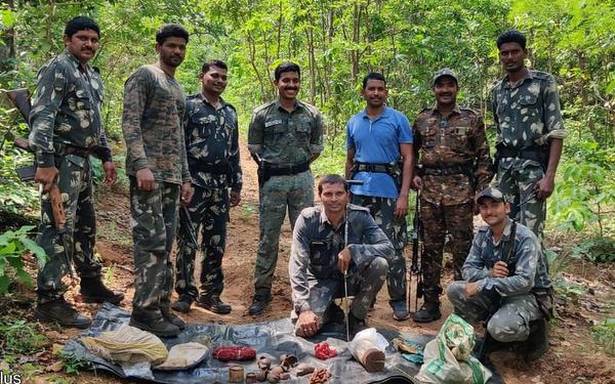 A plot by Maoists to trigger a claymore mine blast targeting police was thwarted by the Tadwai police by unearthing and defusing explosive materials at Kaushettivai village in Mulugu district on Sunday, police said.

A police team spotted an electric wire near a hillock along the interior route between Kaushettivai and Chowledu during a combing operation in the early hours of the day.

The team alerted the bomb disposal squad, which in turn rushed to the site from the district police headquarters in Mulugu.

The seized explosive materials were defused at the site, foiling a bid by the rebels to kill the combing parties at the behest of some top-ranking Maoist leaders, police added.

The entire operation of detecting and defusing the explosive substances was carried out under the supervision of Mulugu Assistant Superintendent of Police Potharaju Sai Chaitanya.

The Tadwai police registered a case and are investigating.