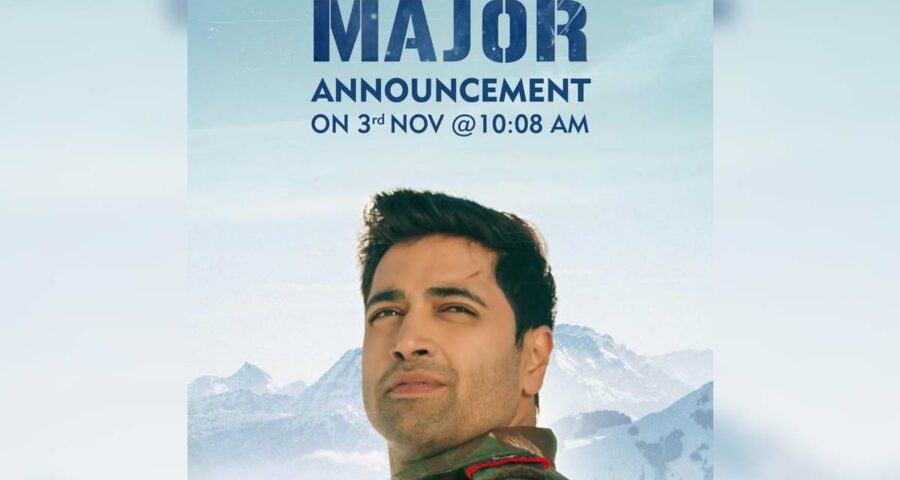 Adivi Sesh  is currently working for an upcoming film titled Major,  which is  a biopic of 26/11 Mumbai terrorist hero Major Sandeep Unnikrishnan. The movie  Major showcases the life of the great NSG commander who sacrificed his life rescuing hostages from hands of deadly terrorists.

Adivi Sesh starrer  Major is one of the much hyped movie of  film Industry  which has Saiee Manjrekar, Shobhita Dhulipala, Prakash Raj and Revathi in the important roles. Now according to the latest report, the makers of Major are going to make most anticipated announcement on 3rd November at 10:08 am. The makers of Major confirmed the same by sharing a new poster  on the official Twitter handle.

In this much hyped movie Major, Adivi Sesh is essaying the role of  Major Sandeep and he will showcase a few glimpses of his life and how he saved the lives of  the tourists who came to Mumbai and stayed in the hotel Taj.  The movie is helmed by Sashi Kiran Tikka and it is jointly backed by  Superstar Mahesh Babu’ banner GMB Entertainments, Sony Pictures India and AplusS Movies banners.

On the otherside, actress Saiee Manjrekar, who is playing the female lead in Major,  is also working with Varun Tej in the sport based drama Ghani.