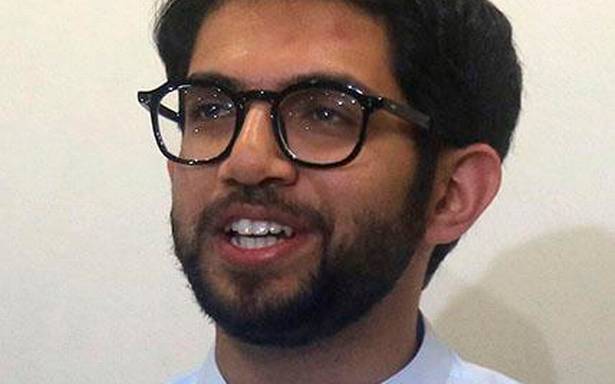 Mindful of the gravity of the climate change crisis, the Maharashtra government will constitute a State Council for Climate Change, State Environment and Tourism Minister Aaditya Thackeray said on Wednesday.

The council would be headed by Chief Minister Uddhav Thackeray and co-chaired by Deputy Chief Minister Ajit Pawar while an action plan to deal with climate related challenges affecting Maharashtra would be presented before the State Cabinet within a month, Mr. Aaditya Thackeray said.

“Climate change is a pressing and grave issue and I believe we face a climate emergency. Today, we presented the summary of the United Nations’ Intergovernmental Panel on Climate Change (IPCC) report regarding carbon impact before the State Cabinet. After this, it was decided by the Cabinet to form a State Council on Climate Change. Henceforth, we will be presenting every month before the Cabinet,” Mr. Aaditya Thackeray said.

He said that the State Environment Ministry would formulate the climate action plan for concerned departments like Energy, Transport, Urban Development, and Industry, and seek the Cabinet’s approval for the same.

“The State Council for Climate Change will be monitoring and presenting the progress report to the Cabinet each month,” Mr. Aaditya Thackeray said.

Noting that weather patterns had changed dramatically in the State over the past decade, the Environment Minister said that the climatic transformation had triggered landslides with greater frequency besides raising temperatures during the summer months and reducing the number of winter days.

“We recognise the importance of climate change mitigation and adaptation, and the need to act now. We do not have the luxury of time. The State government has already taken multiple actions on the climate front, like adopting the EV (electric vehicles) policy, conserving the Aarey Colony green space… within a month, we will be having interdepartmental conferences where we will be finalising our goals,” he said.

Mumbai civic body chief Iqbal Singh Chahal had given sober warning at the launch of the Mumbai Climate Action Plan, remarking that 70% of the area under four administrative wards in the city, including the upmarket Cuffe Parade, Nariman Point and the Secretariat itself, could be underwater by 2050.