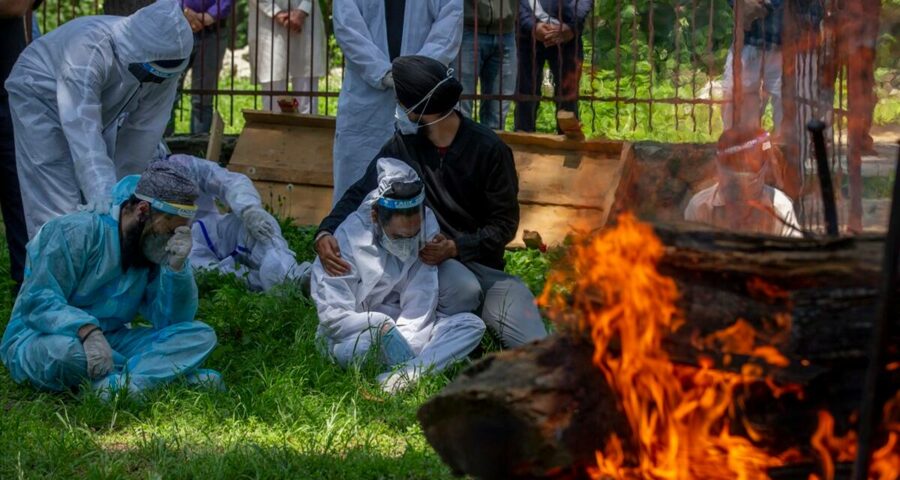 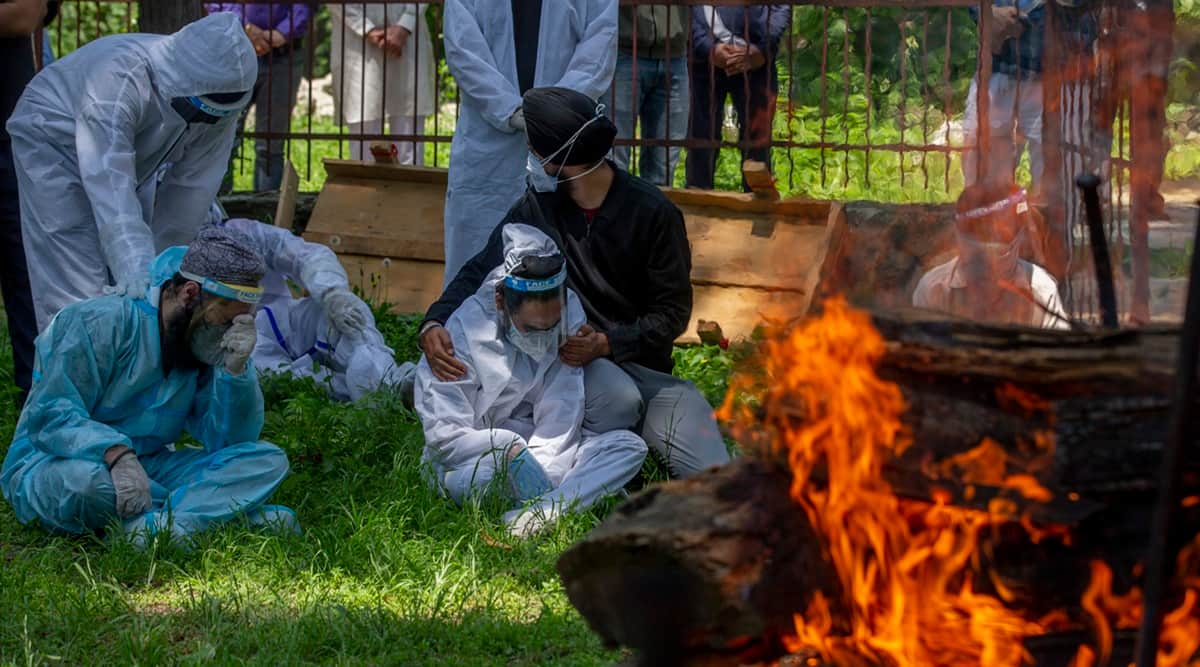 With more than 650 deaths reported on Thursday, the coronavirus-related death toll in Maharashtra has now crossed the one-lakh mark. This includes more than 2,800 deaths that the state has classified as those having been caused by other diseases.

As on Thursday, at least 100,233 people with coronavirus infection are known to have died in the state. Almost half of these deaths have happened after February 15, during the second wave which is still going strong.

Maharashtra continues to contribute to more than 20 per cent of deaths being reported from across the country. Overall, the state accounts for close to 30 per cent of the over 3.4 lakh coronavirus-related deaths in India to date. This proportion has remained almost constant throughout the pandemic.

Within the state, Mumbai and Pune have recorded the maximum deaths. The death toll in Mumbai is nearing 15,000 while in Pune, it is more than 12,700. Thane (over 8,000) and Nagpur (more than 6,500) have also recorded large number of deaths. 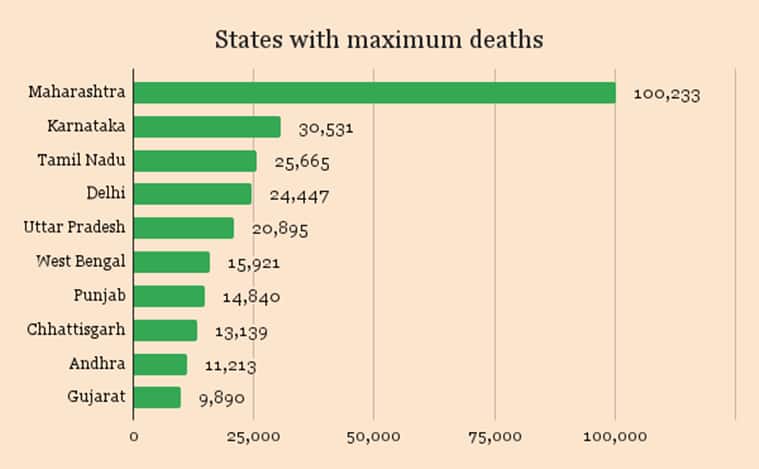 However, it is Punjab which happens to have the most disproportionate death toll. The state has contributed 2 per cent of the country’s cases but accounts for almost 4.5 per cent of deaths. With close to 15,000 deaths till now, the state also has one of the highest case-fatality ratios (CFR). It has a CFR of 2.58 per cent, the only one to have it over 2 per cent. The overall CFR in India is 1.31 per cent right now. Maharashtra has a CFR of 1.73 per cent.

More than half of the deaths being reported by Maharashtra these days are those that occurred at least a week ago. On Thursday, for example, of the 654 deaths that were reported, only 307 were those from the last one week. The remaining were deaths that happened much earlier but had not been counted so far.

Other states that are reporting large number of deaths, most prominently Tamil Nadu and Karnataka, are also counting their dead from previous weeks and months. This is another reason for the daily count of deaths remaining high even when the case count has been declining steadily for almost a month now.