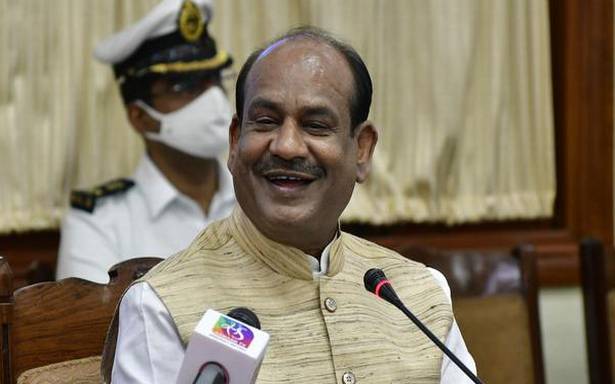 This will be the last ‘chintan shivir’, a series of deliberation sessions being held to help ministers better understand issues of governance, they said

A meeting of the Union Council of Ministers will be held on November 10 on the next Parliament session, and special invites have been sent to the Lok Sabha Speaker and the Rajya Sabha Chairman, official sources said.

This will be the last ‘chintan shivir’, a series of deliberation sessions being held to help ministers better understand issues of governance, they said.

Prime Minister Narendra Modi has been holding these sessions to make governance and its delivery system more effective and efficient.

These meetings also act as an orientation programme for newly inducted ministers in the Union Cabinet.

The last ‘chintan shivir’ will be on parliamentary practices and the upcoming session. Parliamentary Affairs Minister Pralhad Joshi is expected to give a presentation, and special invites have been sent to Lok Sabha Speaker Om Birla and Rajya Sabha Chairman M. Venkaiah Naidu to attend this meeting, the sources said.

In the first meeting, Union ministers Dharmendra Pradhan and Mansukh Mandaviya had given a presentation on personal efficiency. It was followed by a presentation on focused implementation of projects by Piyush Goyal and Gajendra Shekhawat.

In the third ‘chintan shivir’, a presentation was given by Hardeep Puri and Mansukh Mandaviya on ministry and stakeholders engagement.

The fourth presentation was on communication, and it was given by Union ministers Anurag Thakur and Smriti Irani.

A senior official involved in conceptualising these deliberation sessions suggested that the Prime Minister’s broader aim behind this exercise was to take governance to the next level by expediting decision-making and further penetrating the delivery on the ground.