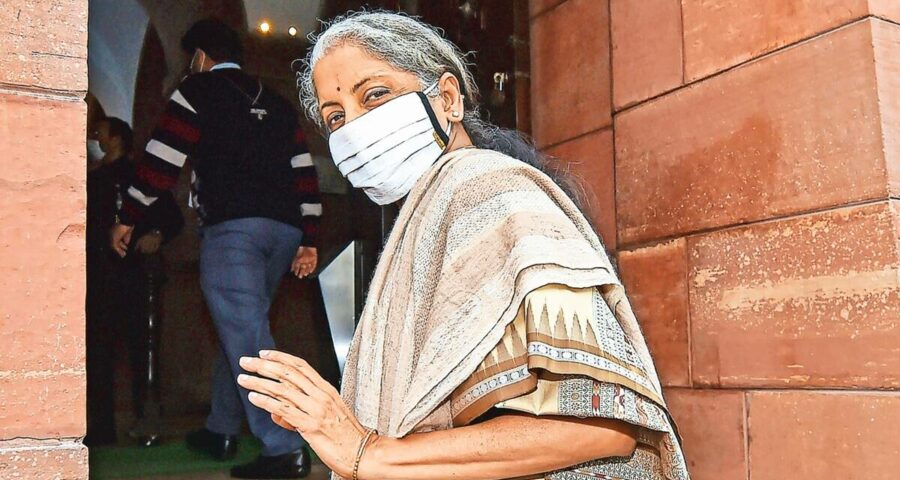 The Bill was passed by a voice vote, without any discussion, amid protests over the Pegasus snooping issue by opposition MPs. LOK SABHA on Friday passed The Taxation Laws (Amendment) Bill, 2021, which proposes to amend the Income Tax Act, 1961 to effectively end all retrospective taxation imposed on indirect transfer of Indian assets if the transaction was undertaken before May 28, 2012.

The Bill was passed by a voice vote, without any discussion, amid protests over the Pegasus snooping issue by opposition MPs.

Piloting the Bill, Finance Minister Nirmala Sitharaman said that with this the BJP government has fulfilled commitments given by the party, Prime Minister Narendra Modi and former finance minister Arun Jaitley. She said during the period when cases related to the retrospective tax policy were sub-judice at various levels, the government could not make legislative changes and had to wait for their logical conclusion in courts.

Pointing out that the retrospective tax was brought in as a clarificatory amendment to the Income Tax Act in 2012, Sitharaman said: “However, there has been quite a lot of disagreement over this measure and even as we were in the Opposition, we had very clearly raised this objection, saying that this is bad in law and also bad for investor sentiments.”

She said the cases on the various platforms were studied in detail by the government and the law department, and consultations were held with the Attorney General as well.

“But as the Budget Session was also contracted, we could not take up more activities at that time. We have come to the next available session, which is the Monsoon Session, which is now on, to keep the word given by the former finance minister, Arun Jaitley. Under the leadership of Prime Minister Modi, we are keeping up the commitment of the BJP that we don’t believe in retrospective application of tax,” Sitharaman said.

During Sitharaman’s five-minute speech, the opposition members kept shouting slogans in the Well of the House.

BJP member Rajendra Agrawal, who was in the Chair, allowed Congress leader Adhir Ranjan Chowdhury to speak on the Bill. However, Chowdhury tried to raise the Pegasus issue. Thereafter, the House passed the Bill by a voice vote amid the din.

The Lok Sabha also passed the Central Universities (Amendment) Bill, 2021, which is aimed at setting up a new central university in Ladakh.

Moving the Bill, Education Minister Dharmendra Pradhan said the university would help the people in the Union Territory to have “emotional integration” with the main parts of the country. He said every year about 7,000 students go out of Ladakh for studies and with the establishment of the central university, about 2,500 students will get the opportunity to study there.

“We want to set up a central university in Ladakh. It is a happy coincidence that the Bill is being brought on the second anniversary of the scrapping of Article 370,” Pradhan said.

Named after the Sindhu river that originates from the Manasarover lake and flows through Ladakh to enter Pakistan, the central university will be established at a cost of Rs 750 crore.

This Bill was also passed by voice vote amid protests, following which the Chair adjourned the House till Monday.

Earlier in the day, as the House assembled at 11 am, Speaker Om Birla led the House to pay homage to victims of Nagasaki and Hiroshima on the 76th anniversary of the nuclear bombings. He also led the House to congratulate wrestler Ravi Kumar Dahiya on winning the silver medal at the Tokyo Olympics.