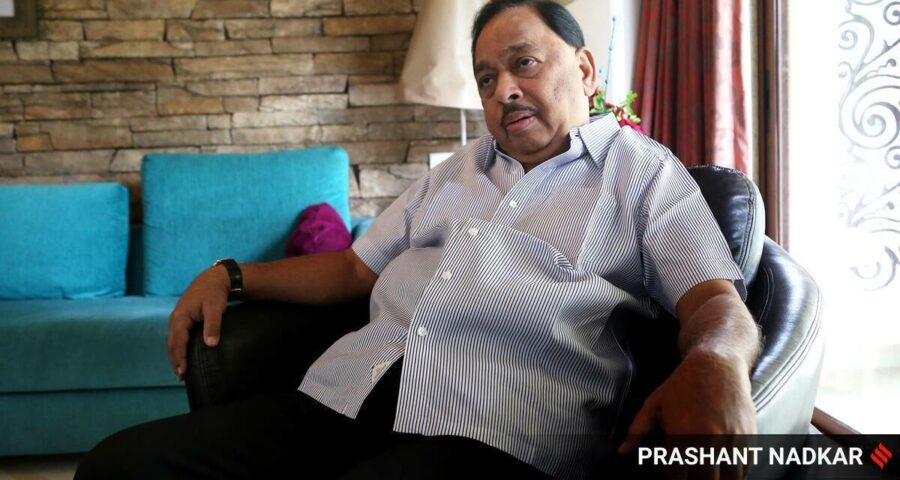 Coomi Kapoor writes: In recent times Maharashtra leaders get so carried away, their utterances can make audiences blush with embarrassment. 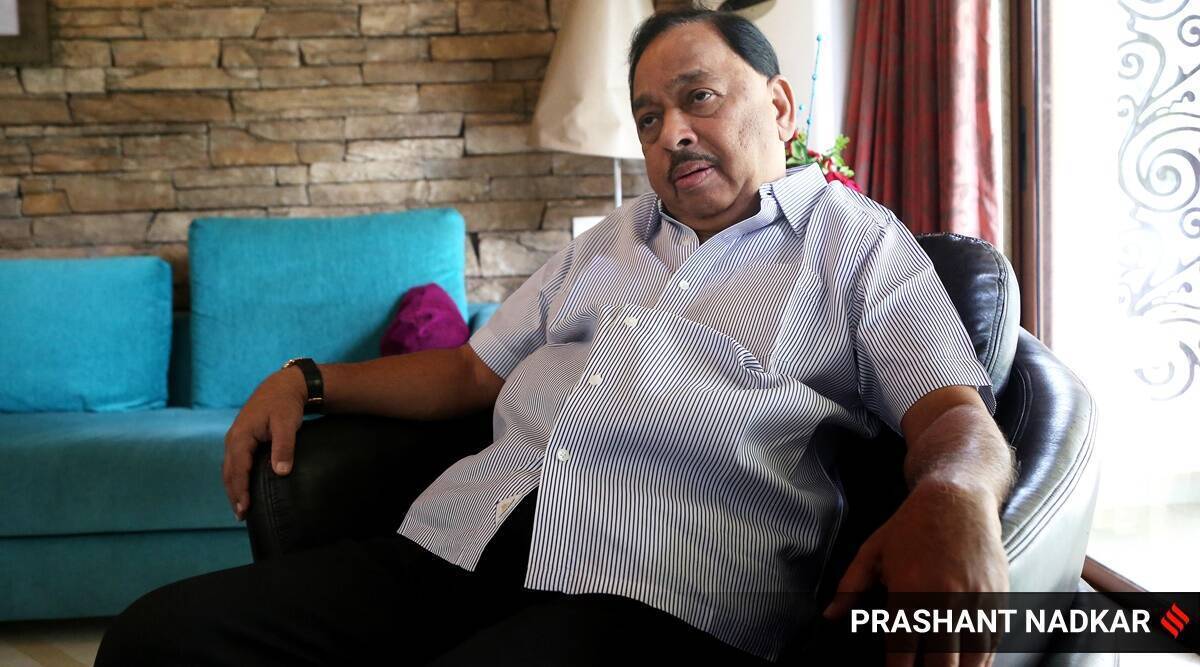 Narayan Rane, arrested by the Maharashtra government for a speech threatening to ‘slap’ Chief Minister Uddhav Thackeray, feels it is a case of the pot calling the kettle black. Uddhav once threatened to beat up UP Chief Minister Yogi Adityanath with slippers for failing to remove his footwear before paying homage to Chhatrapati Shivaji. Maharashtra has a long tradition of outstanding orators, with author-poet Acharya Pralhad Keshav Atre setting a high standard even before Independence. But in recent times Maharashtra leaders get so carried away, their utterances can make audiences blush with embarrassment. Bal Thackeray’s harsh language towards opponents led to the phrase “Thackeray bhasha”. Leaders from all parties have got into hot water because of colourful language. The late Pramod Mahajan once compared Sonia Gandhi to Monica Lewinsky. Maharashtra NCP minister Chhagan Bhujbal, when in the Sena, wanted statues of Nathuram Godse all over the country.

A dispute between the above 100 years old Calcutta Club and the heirs of renowned Bengali writer Nirad C Chaudhuri threatens to escalate into a major scandal. In 2000, Chaudhuri’s son Prithvi Chaudhuri, who is the sole executor and authority for the author’s estate, had loaned to the club’s library rare memorabilia belonging to his father for display only. Prithvi acknowledges that there was no written agreement as it was done in good faith. A special Nirad Chaudhuri corner was created in the library. The expensive items on display included paintings by Claude Monet, Nandalal Bose, Sarat Chandra Bose, among others. In the author’s book collection are some valuable first editions, including his own famous work, Autobiography of an Unknown Indian. The crown jewel of the collection is an original first folio of Shakespeare. (A first folio of similar vintage was auctioned last year in New York for $10 million.) Prithvi, who spends much of his time in Dehradun, received word from Kolkata some time back that the Nirad Chaudhuri corner had been temporarily closed for repairs. He got suspicious when the club refused to permit the loaned items to be even photographed to facilitate a well-known producer who is making a documentary on Choudhuri for his 125th anniversary. The club’s CEO continues to be evasive about producing the artefacts, which are said to be locked away in a cupboard. In its last reply to Prithvi, the club suggested that it would first vet the documentary script before proceeding, forgetting it does not own the pieces, which were presented as a loan.

The Indian government is said to be completely out of the loop in Afghanistan, with Pakistan trying to ensure that there is no rapprochement with the Taliban. Nevertheless, till the Kabul airport bomb blasts, India managed its large-scale emigration operations fairly smoothly. Although the Kabul airport is guarded on all sides by the Taliban, the Indian government managed to sneak in batches of evacuees seeking shelter in India. The refugees were brought from a shelter where they are being temporarily accommodated. However, there are differences between the MEA and the Home Ministry as to who should be granted asylum in India, apart from Hindus and Sikhs. The HM insists that extra caution is necessary, which is why e-visas were introduced. In the turmoil after Kabul was taken over, a large number of Indian passports went missing and are feared to be in Pakistani hands.

Finance Minister Nirmala Sitharaman’s National Monetisation Pipeline scheme offers diverse opportunities for Indian and foreign private capital to raise funds, without impacting government ownership. One innovative suggestion is for private parties to handle rail operations to tourist destinations. Another is for urban municipalities to hire out little-used stadia, which are in urgent need of repair.

Poll surveys of the mood of the nation have been embarrassingly inaccurate in the past and consequently many media barons have abandoned this expensive exercise. A major media group which commissioned a Mood of the Nation survey before Independence Day perhaps developed cold feet after seeing the ratings. The survey indicated that the support for Modi as PM had plummeted from 66% to 24% in a year and that Yogi Adityanath had an 11% rating, making him the second most popular prime ministerial candidate, although his home state, UP, is still recovering from the after effects of the Covid pandemic. The group’s magazine waited discreetly till after Independence Day to release the data and focused more on the economic survey. The group’s Hindi channel ignored the poll findings entirely.