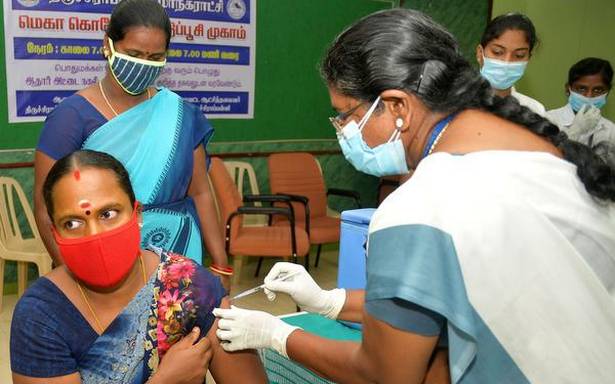 Tiruchi district inoculated 90,694 people in the fifth instalment of the mega vaccination drive on Sunday.

The district stood in the fourth position in the region in terms of the the total number of people vaccinated.

A total of 613 camps had been planned, including 413 in the semi-urban and rural parts of this district.

In the previous round of the vaccination drive, Tiruchi stood fifth with a coverage of 65,310 people.

Collector S. Sivarasu had said that the vaccinated population in the district was 61% prior to the fifth edition of the vaccination drive. The aim was to vaccinate at least 70% of the population by October 15, he said.