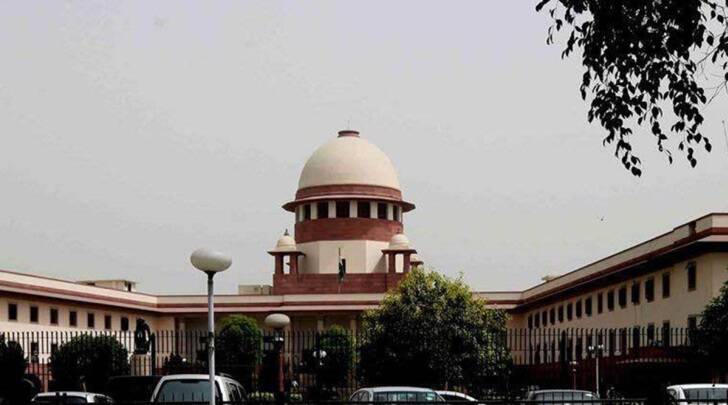 In Bharuch, the lands were acquired for the construction and widening of Vadodara-Mumbai Expressway under the National Highways Act, 1956, while in Gandhinagar it was for the expansion of Ahmedabad-Delhi highway. Dismissing a plea by the Gujarat government, the Supreme Court on Thursday upheld two orders by the Gujarat High Court directing to pay higher compensation to farmers in Bharuch and Gandhinagar whose lands were acquired for national highway expansion.

The HC orders of September and October 2019, directing the state government to apply a multiplying factor of 2.00 instead of 1.00 and recalculate the compensation payable to farmers, were challenged by the Gujarat government in the Supreme Court. It was dismissed by a three-judge bench of Justices Ashok Bhushan, Subhash Reddy and MR Shah.

In Bharuch, the lands were acquired for the construction and widening of Vadodara-Mumbai Expressway under the National Highways Act, 1956, while in Gandhinagar it was for the expansion of Ahmedabad-Delhi highway.

Speaking to The Indian Express, advocate Anand Yagnik, who was representing the villagers at the SC along with senior advocate Kapil Sibal, said that the locus standi to challenge the high court order at the apex court was essentially with the National Highways’ Authorities of India and not the state government.

In 2019, the Gujarat HC quashed and set aside two government resolutions — one of 2016 and another of 2018 —holding them illegal as it violated the constitutional guarantee of equality before the law.

The 2018 GR had resolved that areas falling under “Urban Development Area” and “Area Development Authority” shall not be considered as urban areas, but was held to be ultra vires, illegal and unconstitutional in the context of Gujarat RFCTLARR Rules, 2017 and the Act of 2013 as amended by the state.