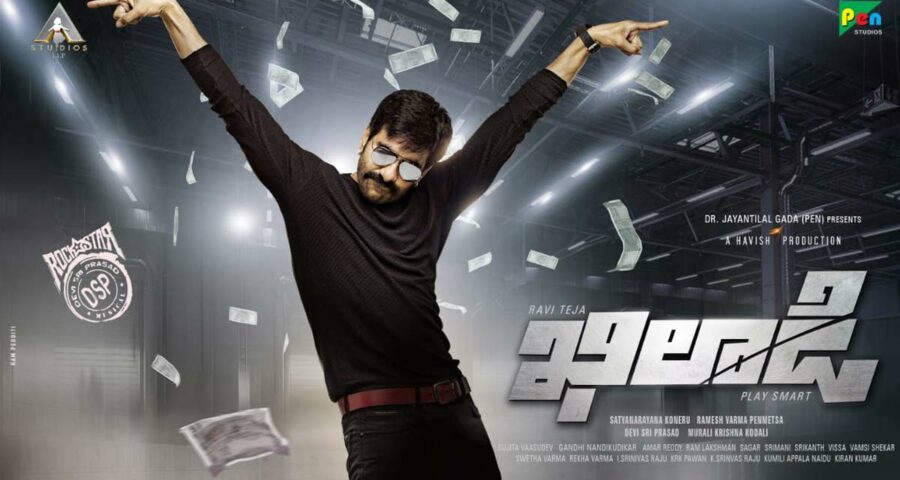 The Editor of Indian Cinema Magazine UK  and  UAE, Member of UK Censor Board, – Umair Sandhu who is known for sharing the reviews of trailer, teaser and upcoming movies, took to his social media – Twitter  to share his first review on  the upcoming much awaited action dram Khiladi in which mass Maharaja Ravi Teja is playing the lead role.  The movie is slated to hit the theaters on 11th February  in a grand manner.

Umair Sandhu wrote on the wall of Twitter: First Review Khiladi ! Full on Racy & Thrilling Mass Entertainer.  Ravi Teja is One Man Show. He Stole the Show all the way. Fans will go gaga over his looks & Stunts. Go for it. #KhiladiOnFeb11th.” He gave 3.5 rating  to Khiladi.

Khiladi, helmed by Ramesh Varma,  is a film that will showcase Ravi Teja in a full on action avatar after Krack.  The promotions are in full swing.

Te recently released trailer shows Ravi Teja having a lip lock with the heroine. This clip has gone viral and has drawn various reactions to it.

Manu are shocked after watching the scene in which  Ravi Teja indulged in a lip lock.

Meenakshi Chaudhary and Dimple Hayathi are playing the female lead.