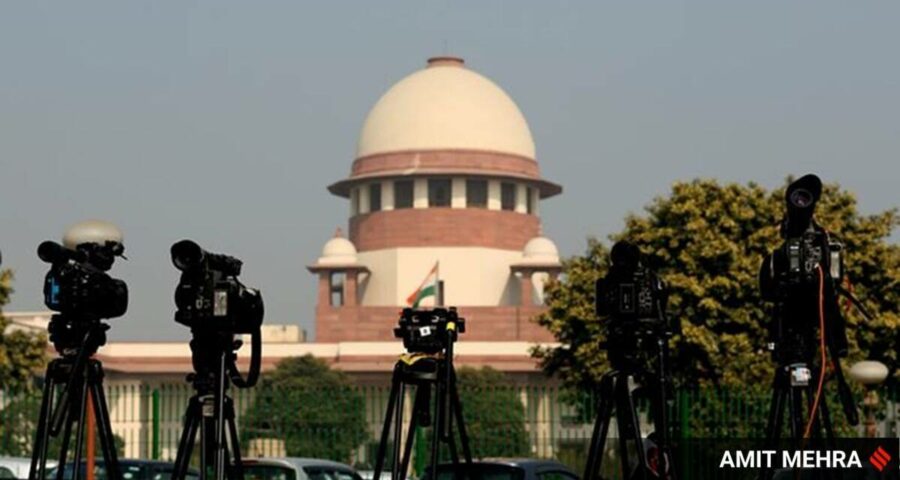 “They (accused) all are employees of the government. We will not enter into the bail cancellation aspect. If you want, then we can leave the legal question open,” said the bench also comprising Justices A S Bopanna and Hrishikesh Roy. THE SUPREME Court Tuesday declined to grant a plea by the National Investigation Agency (NIA) to cancel bail granted by the Kerala High Court to 12 accused in the gold smuggling case that had snowballed into a crisis for the CPI(M)-led state government in the run-up to the Assembly polls in April.

However, the bench headed by Chief Justice of India N V Ramana agreed to examine the legal question raised by conflicting decisions of the Rajasthan and Kerala High Courts on whether the offence of gold smuggling, “simpliciter” (simply or directly), will fall within the definition of a terrorist act under the Unlawful Activities (Prevention) Act (UAPA), 1967.

“They (accused) all are employees of the government. We will not enter into the bail cancellation aspect. If you want, then we can leave the legal question open,” said the bench also comprising Justices A S Bopanna and Hrishikesh Roy.

The High Court, while granting bail, had said that the offence is covered under Customs Act and will not constitute an offence under UAPA.

The High Court had also relied on findings of the NIA court that there was no evidence to show that the money generated from the alleged smuggling was used for terrorist activities.

The case has its origin in the seizure of 30 kg of 24-carat gold worth Rs 14.82 crore at Thiruvananthapuram international airport last year by the Customs (Preventive) Commissionerate.

The consignment was allegedly camouflaged as diplomatic baggage sent from the UAE. Later, the NIA and Enforcement Directorate took up the probe, which led to the arrest of Chief Minister Pinarayi Vijayan’s Principal Secretary M Sivasankar, ex-UAE consulate employee Swapna Suresh and others.

On Tuesday, the Supreme Court ordered: “After carefully perusing the material available on record, we are not inclined to interfere with the impugned order passed by the High Court…granting bail to the respondents herein. However, taking into consideration the submissions made by the learned Additional Solicitor General, let limited notice be issued to examine the question of law involved in the matters.”

Appearing for the probe agency, Additional Solicitor General K M Natraj pointed out that the Rajasthan High Court had held that UAPA can be invoked in gold smuggling cases and that the apex court had already issued notice on an appeal pending against that decision.

In March this year, the Customs Department in an affidavit before the Kerala High Court had said that Swapna Suresh had allegedly “stated with clarity about smuggling of foreign currency at the instance of” Vijayan and then Kerala Assembly Speaker P Sreeramakrishnan — and “about the improper and illegal activities of three Ministers of the State Cabinet and the Speaker”.

“The role of former Principal Secretary in acting as the link between the high-profile politicians of Kerala and the UAE Consulate officials as well as some others and in coordinating the illegal financial dealings under the cover of various activities and projects of the State Government was also revealed by her,” the affidavit had said.

The affidavit had prompted the CPI(M) to target the BJP, which is in power at the Centre, alleging that “investigating agencies have stooped to the level of campaign tools”.