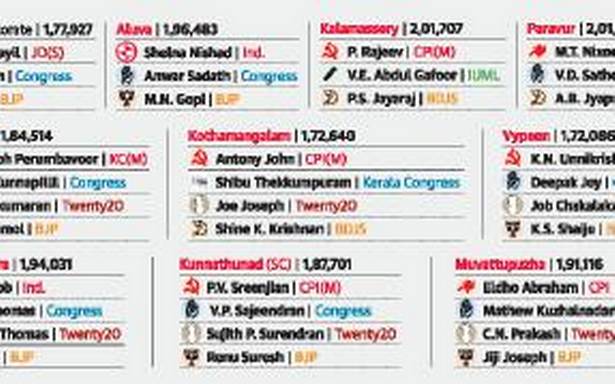 Latin Catholic votes to matter in three seats, Twenty20 may play spoiler in some contests

With high-voltage campaigns led by national-level leaders and intense debates on various acts of omission and commission of the State government electrifying the poll scene, Ernakulam district is witnessing a gripping political contest.

All the major political formations have cared to ensure the presence of their top-rug leaders in the district. BJP leader and Union Home Minister Amit Shah chose the Thripunithura constituency to kick-start his campaign with a brief road show. Defence Minister Rajnath Singh too is expected to address the voters.

It is to be seen how the face-off between the Latin Catholic Church and the State government over the controversial deep-sea fishing project would influence the poll outcome in the district. The Latin Catholic votes matter in at least three constituencies, Ernakulam, Kochi and Vypeen. While the voters of Ernakulam unwaveringly stood with the UDF, Vypeen has the electoral history of being with the Left for long.

The issue of double votes/fake votes raised by Leader of the Opposition Ramesh Chennithala has found resonance in the district with Congress leader Hibi Eden, MP, approaching the Election Commission of India with a complaint. Mr. Eden alleges that the LDF sabotaged the electoral mandate in the Kochi Corporation through bogus voting. The UDF has registered five election cases in trial courts.

The fronts have taken serious note of the presence of Twenty20 candidates in eight constituencies, especially Kunnathunad, Kochi and Ernakulam considering the low margin of the winners.

While V. P. Sajeendran managed to retain the Kunnathunad seat by 2,679 votes, K. J. Maxy won 1,086 votes more than his rival in Kochi and T. J. Vinod retained Ernakulam by edging past his rival by a margin of 3,673 votes. Nipun Cherian of the V4 Kochi, another non-political outfit, which ensured the defeat of a few UDF candidates in the polls to the Kochi Corporation and thus denied the UDF continuation of power in the civic polls, has also fielded himself in the constituency.

After its delayed start, the UDF and the Congress have put their act together and settled the inner-party conflicts whereas the LDF campaign is progressing in a systematic manner. The National Democratic Alliance too is making its strong presence felt in the district, whereas the volunteers of the Twenty20, who come out to the streets wearing T-shirts with its election symbol Pineapple printed on it, could be seen engaged in door-to-door campaign.

A host of pre-poll surveys conducted by television channels have fired up the political debate. While most of the surveys suggested that the UDF may retain its upper hand in the district, which has 14 Assembly constituencies, some have predicted electoral sabotages too. 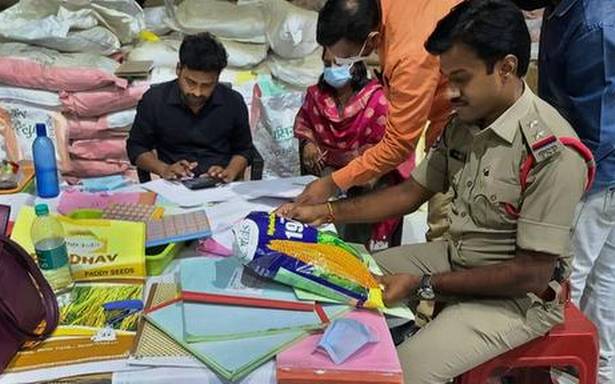