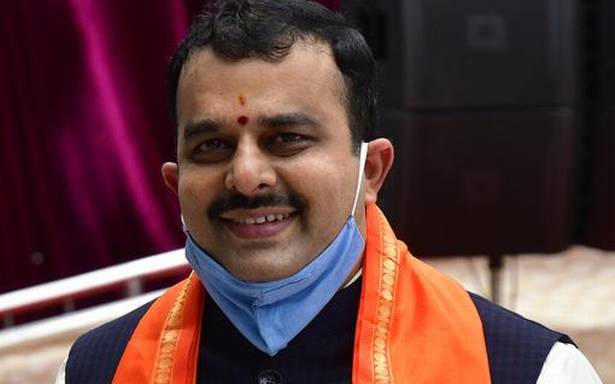 Kannada and Culture Department to get its own policy

Minister for Energy, Kannada and Culture V. Sunil Kumar on August 15 said that the Energy Department was contemplating to focus on environment-friendly power generation through solar and wind energy. Energy production utilising thermal power needs to be discouraged, he said.

The Minister was speaking after unfurling the National Flag at the district level Independence Day celebrations at the Mahatma Gandhi Stadium in Ajjarkad, Udupi. Mr. Kumar said he has envisioned to transform the department into a friendly place for consumers, farmers and entrepreneurs in the next two years. He desires to provide power supply to all households that have ration cards in the state for which a suitable plan of action would be prepared soon.

The Minister said he would be the voice for the long-pending demand to include Tulu language in the 8th Schedule of the Constitution even as special encouragement would be given to Yakshagana, the traditional art form of coastal Karnataka. He added that the Ubaradka Mittur village in Sullia taluk of Dakshina Kannada district where hundreds laid their life fighting for Independence even before the first Independence revolution would be declared ‘Heritage Village’ and a memorial would be built in the village.