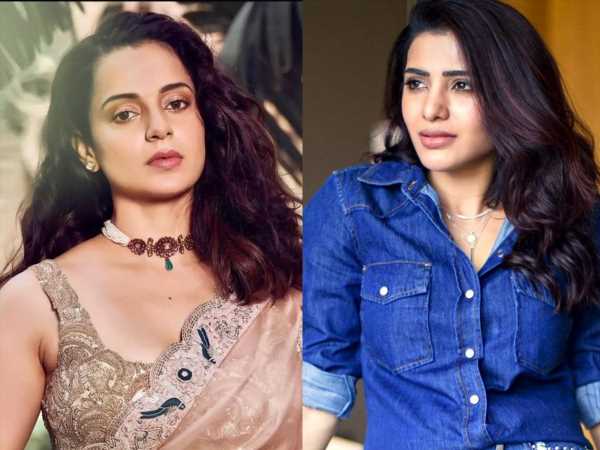 On 23rd March, the makers of Thalaivi, the biopic based on the life of actress and Late Chief Minister of  Tamilnadu J Jayalalithaa,  released the trailer that grabbed several eyeballs and the movie lovers showered praises on the performance of National award winning actress Kangana Ranaut. Now according to the latest update, Samantha Akkineni is all set to unveil the Chali Chali Song  in all three languages from Kanagan Ranaut starrer Thalaivi.

Samantha Akkineni being a part of Thalaivi’ promotions shows that film  industry is only divided by language but united with ‘cinema’. Kangana Ranaut shared her excitement that Samantha Akkineni agreed to launch Chali Chali song.  Rangoon actress praised Samantha by saying her. “ You (Samantha) are epitome of woman empowerment, we need to empower each other and that is the real feminism.”

The upcoming multilingual big budget project Thalaivi brings to screen Jayalalithaa’s journey as an actress which was followed by a powerful political career. Arvind Swami is playing  Maruthur Gopala Ramachandran (MGR) in this film, which is slated to hit the theaters on 2rd April.

Helmed  by Vijay and co-produced by Vishnu Vardhan Induri and Shaailesh R Singh, Kangana Ranaut starrer will be released in Telugu, Hindi and Tamil.